THE 80th Geneva International Motor Show, which closed its doors on March 14, had a special appeal to Slovakia – as three new models manufactured by carmakers in Slovakia premiered at the show. 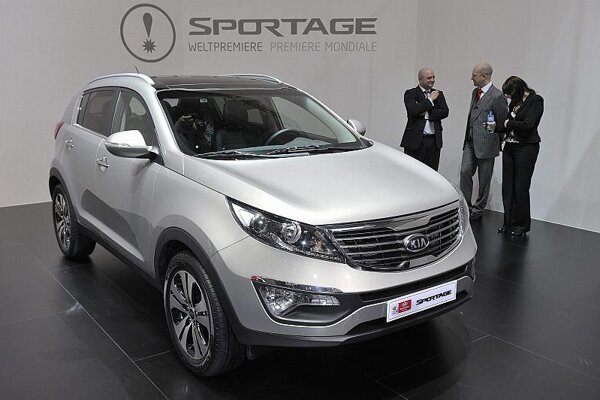 THE 80th Geneva International Motor Show, which closed its doors on March 14, had a special appeal to Slovakia – as three new models manufactured by carmakers in Slovakia premiered at the show.

Volkswagen unveiled its completely redesigned Touareg - and with it the most technically innovative Volkswagen product since the brand has been in existence, the company wrote in a press release. The new Touareg is reinterpreting the idea of a multipurpose SUV in a contemporary way – thanks to its up to 25 percent more fuel efficient engine and a large variety of new assistance and safety systems; the Touareg will also be the first Volkswagen to be offered in a hybrid version, the press release added.

While the Hyundai ix35 was already premiered at last year’s motor show in Frankfurt, the new model of the Kia Sportage SUV had a true premiere in Geneva.

“The first responses to the new model of Kia Sportage were very good,” Dušan Dvořák, the company spokesperson, told The Slovak Spectator. “The most frequent question from our sellers from all of Europe was – when will you launch its production and when can we get the first cars?”

The car’s new design caught the most attention among visitors to the show, said Dvořák, adding that designer Peter Schreyer, who heads the company’s global design centre, was trying to create a design standing above the competition, something that Dvořák says the designer has managed to do with most recently presented models such as the Sportage, Venga and Soul. Several new technologies which the Sportage features such as engine improvements and safety elements also elicited positive feedback. The new version of the Sportage has shed some kilos and will have lower fuel consumption.