On June 20, visitors had an opportunity to get a good look at the new organ in St. Martin’s Cathedral and to meet the man who made it, Gerald Woehl from Germany. 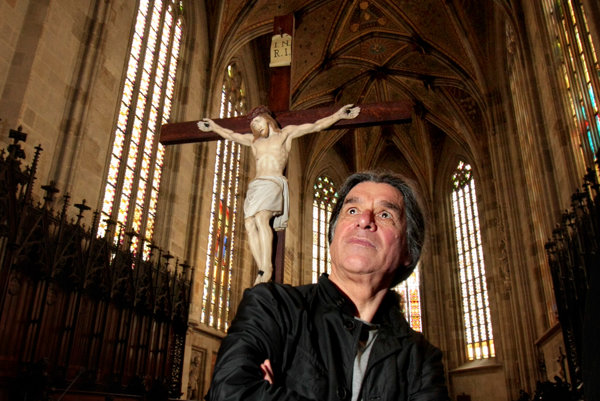 On June 20, visitors had an opportunity to get a good look at the new organ in St. Martin’s Cathedral and to meet the man who made it, Gerald Woehl from Germany.

The plan to build a new organ in the Bratislava Cathedral originated in 2006 when a foundation was created to fund its construction. Gerald Woehl of Marburg, Germany was selected to build the new organ. Woehl told the TASR newswire that it took about a year for a 12-member team to construct the instrument in Marburg.

The organ is made of high-quality materials: ebony, tin and silver. It has some 4,500 pipes of various sizes: the smallest being five millimetres long while the largest is 10 metres. The price of the huge instrument was €1,001,500 without VAT. After the official approval, the last instalment of €72,000 will be paid said Tibor Hajdu, chancellor of the Archbishop’s Office in Bratislava.

A ceremonial holy mass was held on June 27 where Bratislava Archbishop Stanislav Zvolenský blessed the new organ and church-goers heard it played for the first time. An organ concert for the public took place that evening. The organ is intended to enhance the cultural life of all Bratislavans as well as church-goers.

Woehl said that such a huge instrument needed good lungs, referring to the organ’s many pipes. He proposed naming the instrument after St. Elisabeth who was active in Bratislava but died in Marburg where the organ was assembled.

As for the church’s old organ, Peter Jurkovič, the head of the Regional Conservation Office, explained that it has been disassembled and moved and will now be heard in a new church in the Žilina neighbourhood of Vlčince.