IVETA Radičová was born on December 7, 1956 in Bratislava. 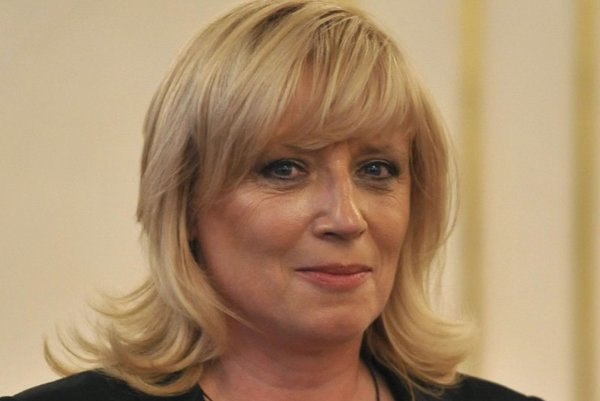 IVETA Radičová was born on December 7, 1956 in Bratislava.

Prior to her arrival in politics she was known professionally in academic circles. She received a degree in sociology from the Faculty of Philosophy of Comenius University in Bratislava in 1979, and later in 1981 received a doctoral degree in philosophy from the same faculty. During her academic career she lectured at the departments of sociology, political sciences, and social work of Comenius University.

As a sociologist, Radičová worked as a staff member of the Slovak Academy of Sciences (SAV) between 1979 and 1989 where she coordinated a research team for family policies. In 2005 she was named the director of the Institute of Sociology of SAV.

Radičová spent one year in 1990 as a post-doctoral student at Oxford University. Later, in 2005, she was awarded the title of professor by the Faculty of Philosophy of Comenius University, and became the country’s first female professor of sociology. She is a member of several renowned international academic societies and associations.

Since 1989 Radičová has been active in the non-governmental sector. In 1991 she founded one of the first NGOs in Slovakia, the SPACE foundation – the Centre for Analysis of Social Policy. The foundation mainly focuses on research and analytical projects.

Radičová served as the executive director of the foundation until 2005 when she accepted the offer of SDKU and served as the Minister of Labour, Social Affairs and Family between October 2005 and July 2006. After the fall of the second government of Mikuláš Dzurinda in June 2006 and the election win of Robert Fico and his Smer party in the 2006 election, SDKU went into opposition. Radičová ran on the party’s candidate list in 2006 election. After the 2006 elections she also became a member of the party in November that year and she was elected the deputy chairman of SDKU, a post that she has held ever since.

However, that was not Radičová’s first time as a member of a political party. Shortly after the 1989 revolution, between 1990 and 1992, she was a spokesperson of the post-revolutionary movement, Public Against Violence (VPN).

In parliament, Radičová acted as the deputy chair of the parliamentary committee for social affairs and housing. Her political career took a steep rise during the presidential election in the spring of 2009. The then-opposition centre-right parties (SDKU, the Christian Democratic Movement, and the Hungarian Coalition Party) agreed to support Radičová as their joint candidate. She ended up second in the first round with 38.1 percent of the votes, closely following incumbent president Ivan Gašparovič , supported by two of the then-ruling coalition parties Smer and SNS, who received 46.7 percent.

Radičová was the first woman in Slovakia to ever make it into the second round of a presidential election but she did not manage to gather enough votes in the second-round run-off to be successful against Gašparovič.

On April 23 Radičová gave up her parliamentary mandate after admitting that she violated parliamentary regulations by casting a vote in parliament in the name of a party colleague, Tatiana Rosová, on April 21.

In February 2010, in response to Robert Fico’s re-awakening in mid January of slumbering questions about methods used by SDKÚ in the past to finance the party, party chairman Dzurinda decided to step down as the party’s election leader. Subsequently, SDKU held an internal primary election in the run up to the parliamentary election which put Radičová at the top of the SDKÚ’s ballot after a brief battle between her and Ivan Mikloš.

Under her leadership, SDKU together with another three centre-right parties managed to outpoll Robert Fico’s Smer party which was unable to find a willing coalition partner with enough seats in parliament. Iveta Radičová, as the leader of the best-polling party of the new four-party coalition, was chosen to be Slovakia’s prime minister.