FINING public officials for not using the official state language – Slovak – will not become history, as some observers had expected when the new government took power. Instead, fines will be limited only to extreme cases. That was the key outcome of the government’s approval of an amendment, which will now go before parliament, of the State Language Act. The controversial law contributed significantly to the discordant relations between Slovakia and Hungary over the last couple of years, after it was amended by the previous government. 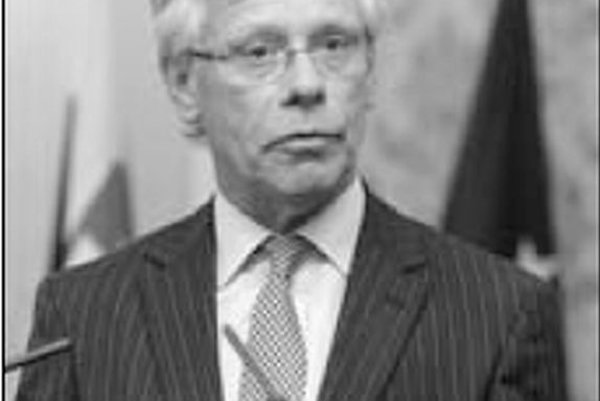 FINING public officials for not using the official state language – Slovak – will not become history, as some observers had expected when the new government took power. Instead, fines will be limited only to extreme cases. That was the key outcome of the government’s approval of an amendment, which will now go before parliament, of the State Language Act. The controversial law contributed significantly to the discordant relations between Slovakia and Hungary over the last couple of years, after it was amended by the previous government.

The government passed the amendment to the State Language Act at its session on September 24 and will submit the draft to the October session of parliament. The government had promised in its programme statement to ‘do away with the redundant restrictive measures’ in the language law.

The Culture Ministry reported that the amendment has removed ‘nonsensical restrictions and limitations concerning national minorities’ and will ‘strengthen the position of the state language as a tool of communication’.

If the amendment is passed, the law will not require transport, telecommunications or postal workers to use and master Slovak, because their activities will be re-classified as private business.

The amendment also cancels the obligation for minority-language schools to keep records in both languages. Cultural activities organised by or for the members of minorities, such as theatre performances, can also take place solely in the original language.

The law, scheduled to take effect on January 1, 2011, retains the possibility to issue a fine as a last resort and only in public administration and in cases where the lives, health, safety, or property of citizens are concerned. An example of such a case would be if the mayor of a village were to announce to citizens that there was a flood danger, but only did so in a minority language. The recently passed amendment also lowers the range of fines from €1,000-€5,000 to €50-€2,500.

The ruling parties negotiated hard over the final version of the amendment to be submitted to the government session, particularly on the issue of fines.

While Culture Minister Daniel Krajcer, of the Freedom and Solidarity (SaS) party, insisted on retaining fines for extreme cases – with the support of the Slovak Democratic and Christian Union (SDKÚ) and the Christian Democratic Movement (KDH) – the Slovak-Hungarian Most-Híd party of Béla Bugár did not want to accept their retention and had insisted that the fines be erased from the law.

The debate between Most-Híd and Krajcer lasted several days and at one point it seemed that the cabinet might not be able to pass the amendment in time to submit it to the October parliamentary session. Agreement was finally reached on the night of September 23, just before the extraordinary cabinet session that dealt with the law.

“This (amended) law removes all absurd restrictions,” Krajcer said, as quoted by the Reuters newswire. “This law as redesigned, and this is the most important information, does not violate citizens’ rights regardless of their nationality.”

“In general, sanctions will be directed at the public sector. There is no risk for citizens, or reason for worry; on the contrary, these sanctions will serve to protect their rights regardless of their nationality,” Krajcer said.

Dušan Čaplovič of the opposition Smer party, which during its 2006-10 term in power initiated the previous amendment to the State Language Act that helped to spark some of the tensions between Slovaks and Hungarians, criticised the proposed change as a retreat before the Hungarian government.

Most-Híd’s Bugár, referring to criticism from diverse opponents, said that if the amendment is criticised by Budapest, the Hungarian Coalition Party (SMK) and Smer, it means it is a good one.

“We claim that the era of fear, when citizens were afraid to speak their language in public offices regardless of whether they had a reason to be afraid or not, has ended,” Bugár said, as quoted by the SITA newswire after the amendment was agreed.

However, the SMK, which lost all of its seats in parliament at the June general election but retains an extensive membership base in Hungarian-speaking areas of Slovakia, is of a different opinion. SMK said earlier that it would initiate a petition if the law retains what it called its intimidating character.

The SMK’s next steps will be decided at a session of its national council on September 30, SMK spokesperson Éva Dunajská told The Slovak Spectator. The SMK has maintained its opinion that discarding the law as a whole is the only acceptable solution.

The non-governmental Roundtable of Hungarians in Slovakia has also criticised the proposed amendment as one which doesn’t change the philosophy of the original law.

“The law will continue to regard Slovak as the only and supreme language norm, not only in an official context but also in public life and in some aspects of private life,” reads the statement of the roundtable, provided to The Slovak Spectator by its representative Károly Tóth.

The statement also notes that there had been no public discussion about the changes before the government approved it. Roundtable representatives wrote that they expect the government to cancel the rules associated with the State Language Act which were prepared as guidance for its application and passed by the previous culture minister.

Observers criticised the government for advancing the amendment to parliament without consulting Vollebaek, who was involved in the struggle over the State Language Act between Slovakia and Hungary in the course of 2009, or without informing the Venice Commission of the Council of Europe. The Commission is expected to deal with Slovakia’s State Language Act at its upcoming session on October 15-16.

“We are not bound by the opinion of the commission,” Krajcer said, as quoted by the TASR newswire. “It is, practically speaking, just an expression of an opinion – which we will, obviously, read carefully.”

Vollebaek visited Slovakia on September 29 and met Béla Bugár of Most-Híd and the Deputy Prime Minister for Minorities Rudolf Chmel (a Most-Híd nominee), as well as Culture Minister Krajcer.


Vollebaek made it clear during his visit that he would welcome the removal of all sanctions from the language law.

“In this case they are not desirable because they do not support general understanding between nations,” Vollebaek said, as quoted by TASR, adding he regards it as positive that in the current text of the amendment passed by the cabinet the sanctions do not affect the private sphere.

Vollebaek said he would read the law and provide some recommendations, which the Slovak side assured him would be considered in the legislative process in parliament. He also inquired about the possibility of including the recommendations of the Venice Commission in the text of the law. The commission’s report is expected to appear around October 20.

“We informed [the high commissioner] that although the first reading in parliament will be in October, the second reading will be in December, which means that if we receive the Venice Commission report the moment it comes out, it will still be possible to study it and potentially propose changes in the second reading,” Bugár explained after his meeting with Vollebaek, as quoted by TASR.