Minister apologises to Valko in memoriam

TWO weeks after prominent lawyer Ernest Valko was shot dead in his house in Limbach, Interior Minister Daniel Lipšic revealed that the ministry had been holding talks with him about a compensation claim related to Valko’s unjustified detention and prosecution in 2006. Lipšic apologised to Valko in memoriam over the 2006 incident. 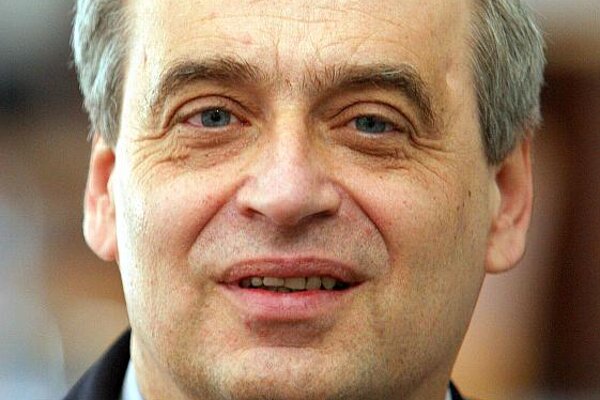 TWO weeks after prominent lawyer Ernest Valko was shot dead in his house in Limbach, Interior Minister Daniel Lipšic revealed that the ministry had been holding talks with him about a compensation claim related to Valko’s unjustified detention and prosecution in 2006. Lipšic apologised to Valko in memoriam over the 2006 incident.

On July 1, 2010, following the general election that saw the Robert Fico government step down, Valko filed a request for financial compensation at the Interior Ministry, demanding over €1.6 million for his prosecution in 2006. Valko was at the time accused of extortion and spent four days in detention. Lipšic apologised for the incident at a news briefing on November 22.

“I express my regret over the fact that Ernest Valko was detained and prosecuted in 2006,” Lipšic said. “Later it turned out that this happened on the basis of an unconfirmed accusation. His conduct was not a crime.”

Lipšic’ official apology came in lieu of one that was to have been finalised on November 9, when Valko was scheduled to have had a meeting at the Interior Ministry to draft the final text of the apology, withdraw his request for financial compensation and close the case for good. However, Valko was killed the night before.

Valko, together with his client, entrepreneur Ladislav Rehák, spent four days in custody in November 2006 after police accused them of forcing two men they said had cheated them of Sk15 million (about €50,000) to sign a statement acknowledging the debt in front of a public notary.

Police seized computers from Valko’s office that were unrelated to the investigation but that contained sensitive information about cases that he had fought, among others the Ducký notes case. In 2007, a prosecutor ruled that the police had committed procedural errors in their search of Valko’s office. All charges against him were dropped in 2008.

Lipšic rejected claims that the ministry had not acted fast enough to close the case. He noted that Valko delivered the proposed text of a joint statement including the ministry’s apology, which was to be subject of the November 9 meeting, only in late September or early October, the SITA newswire reported.

“I believe we did act in a timely manner,” Lipšic said, as quoted by SITA.

The Sme daily reported that Valko’s family is satisfied with the interior minister’s official apology and will not pursue any further legal claims for financial compensation.

The ministry and the police are continuing to observe a strict embargo on any information related to the circumstances of Valko’s death. Neither of them has commented on the investigation, saying that they want to avoid hindering it.

“It takes a lot of self-control not to comment on some speculation, analyses and articles,” Lipšic said, as quoted by Sme. “But the primary aim is to not threaten the investigation.”