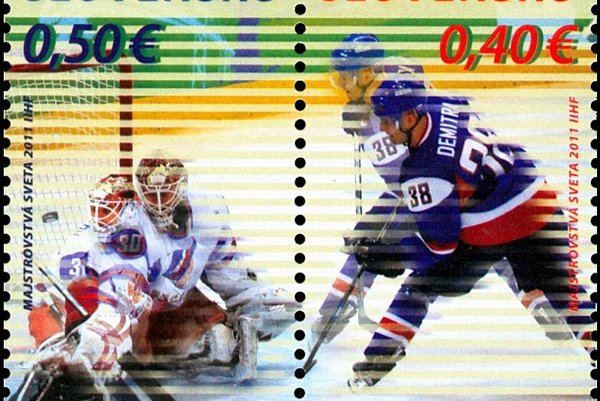 “Slovak Post supports our national hockey team and we have participated in the preparations [for the championship] by issuing hockey postage stamps. Fans will be able to delight their friends with a greeting with an original postage stamp,” Bela Lisáková, head of Slovak Post’s external and internal communication department, told the media.

This is the fifth postage stamp issued by Slovakia in connection with the Ice Hockey World Championships. Along with the two stamps, the postal service also issued a first day cover (FDC) postmarked March 25, 2011, with Bratislava as the domicile.

The FDC portrays a Slovak ice hockey player with his hockey stick and a puck on the ice. Painter Igor Belica created the artistic design of the postage stamps and the first day cover.