THE CASE of Hedviga Malinová, which has become one of the lengthiest handled by the General Prosecutor’s Office, recently witnessed limited progress: the prosecutor and lawyers finally got to hear from the author of a medical report that supported the official view that Malinová was the culprit of an alleged assault rather than the victim. 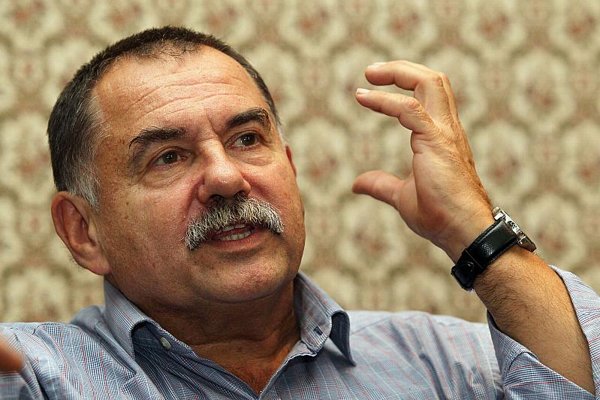 THE CASE of Hedviga Malinová, which has become one of the lengthiest handled by the General Prosecutor’s Office, recently witnessed limited progress: the prosecutor and lawyers finally got to hear from the author of a medical report that supported the official view that Malinová was the culprit of an alleged assault rather than the victim.

The case has negatively affected relations between Slovakia’s majority Slovak-speaking population and its Hungarian minority since August 2006, when Malinová reported to police that she had been attacked on her way to an exam at her university in Nitra and suggested it might have been because she was heard speaking Hungarian. The police say their investigation into the case involved over 250 officers and interviews with 600 people, and led them to conclude that no assault had occurred.

Malinová, who has since married and is now called Žáková, was charged in May 2007 with perjury and making false allegations. However, no charges have ever been laid before a court and after more than four years the case remains pending with the General Prosecutor’s Office.

In a move which came as a surprise to Malinová’s lawyer, Roman Kvasnica, the prosecutor invited Peter Labaš, the dean of the Medical Faculty of Comenius University and the author of an expert medical report on Malinová’s injuries, to a hearing at the General Prosecutor’s Office on October 26, 2011.

The expert medical report, which was published in early September 2009, was expected to resolve the investigation and help the public prosecutor make a final decision about whether to prosecute Malinová for perjury or to end the criminal prosecution against her. The General Prosecutor’s Office asked the Medical Faculty of the university to answer 11 questions, among them what her real injuries were following the alleged attack.

The report that was delivered tended to support the police’s version of events, and stated that some of Malinová’s injuries, including a split lip, were probably self-inflicted. It was signed by the dean of the faculty, Labaš, and included the names of another 12 experts associated with the faculty. However, in the days following the report’s publication, at least three of the contributors distanced themselves from it.

The October 26 hearing lasted three hours before being suspended. It is set to continue in about two weeks’ time, Kvasnica told journalists afterwards.

“I am pleasantly surprised that after three years of proposals from us [the prosecutor] is willing to hear also the psychiatrists who treated Hedviga Malinová,” Kvasnica told the Sme daily, adding that the prosecutor also wants to hear from the investigator before concluding the case.

“So far he [Labaš] has answered a number of questions very generally and I think that there are some particularly complicated problems on their side that they won’t be able to resolve,” Kvasnica told the Sme daily.

Kvasnica had some 200 questions ready for Labaš at the hearing, he said, but began by asking which experts from the faculty had actually worked on the expert medical report and who was responsible for which part. According to Kvasnica, there is only one person who has explicitly admitted to have contributed to it: Peter Labaš himself.

At the hearing, Labaš said that all the people whose names were listed in the report had worked on it with him, Kvasnica told Sme.

“They will need to be heard from too,” Kvasnica concluded.