Charities to get confiscated goods

THE USUAL way to deal with counterfeit goods confiscated by custom offices is for owners to pay for their disposal, but there are also special cases when the customs offices can donate the items for humanitarian purposes. Until now, that has required approval from the firm that owns the original trademark, but the Finance Ministry is proposing to do away with that limitation. 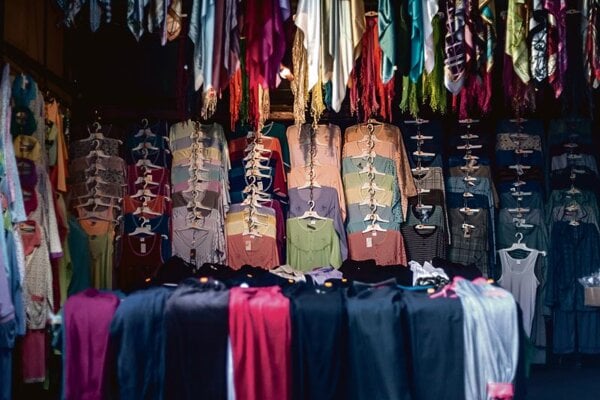 It will be easier to obtain confiscated goods, like counterfeit clothes, for humanitarian purposes. (Source: SME)
Font size:A-|A+  Comments disabled

THE USUAL way to deal with counterfeit goods confiscated by custom offices is for owners to pay for their disposal, but there are also special cases when the customs offices can donate the items for humanitarian purposes. Until now, that has required approval from the firm that owns the original trademark, but the Finance Ministry is proposing to do away with that limitation.

“The reason for legislative change is not to dispose of falsified goods when it is not necessary and when it might be used solely for humanitarian purposes,” adviser to the finance minister Radko Kuruc told The Slovak Spectator.

Under a plan approved by the government in late September, the new rules also change the types of organisations entitled to ask for the confiscated goods. The Financial Administration, which oversees customs offices, will first offer the products to the Administration of State Material Reserves (SŠHR), which can offer it to people in cases of a natural disaster or state of emergency. Then it will publish the list on its website and offer it not only to social service facilities, medical facilities, or NGOs, as the current valid law stipulates, but also to facilities taking care of orphaned children. If passed by parliament, the changes will become effective as of January 1, 2014.

The proposal to offer confiscated goods for humanitarian purposes is rational, Radovan Gumulák, secretary general of the Slovak Catholic Charity, told The Slovak Spectator. He added there should be some mechanism to check whether the confiscated goods really went to humanitarian organisations.
Kuruc said controls will be in the hands of customs officers.

The ministry sets several conditions for offering confiscated goods for humanitarian purposes. First, the products cannot be dangerous. Second, those who receive the goods will have to pay to remove fake trademarks.

This might be a problem since they may leave holes or completely damage the clothes, Dagmar Čechvalová, the head of Inventa, patent and trademark agency, told the Sme daily. She also warns against health risks when offering fake cosmetic products, washing powders and toys, as they might contain dangerous colourants.

“The intention might be good and this issue is also pleasing as the government will give something to charity, but the result will be very bad,” Čechvalová told Sme.

Sme recently reported that charities will also be able to use the food after its shelf date expires. Several retail chains currently cooperate with charities, offering food which is close to its expiration period. The Slovak Catholic Charity, for example, receives food directly from producers, Gumulák said.

Currently, retailers must dispose of food past its shelf date, said Zuzana Lošáková, spokesperson for Tesco Stores SK. However, in 90 percent of such cases the food still keeps its quality, Martin Katriak, deputy chairman of the board of directors at COOP Jednota Slovensko, told The Slovak Spectator.

The Agriculture Ministry admits such legislative change is possible, “but only after finding a solution which will make sure it is harmless to health and nobody will abuse this system”, head of ministry press department Peter Hajnala told The Slovak Spectator.

He added the ministry has to meet with representatives of retailers and producers, as well as experts from the health-care and food industries, and agree on conditions under which they will be able to prolong the durability of some food and for how long, and who will be responsible for checking the quality of such food.

On the other hand, Lidl spokesperson Tomáš Bezák told The Slovak Spectator that they do not consider the distribution of goods after their shelf life a good idea since “these products might not meet high criteria of customers on quality and might pose a risk to their health”.

Some retailers already utilise food – mostly fruit, vegetables and pastry – they do not sell. Tesco Stores SK sends it to the Freedom to Animals association, and Billa Slovensko sends it to zoos. But changes could help bring food to needy people instead.