WITH the Old Market Hall in Bratislava’s Old Town having been transformed into a venue for cultural and community events, now the Tržnica Market Hall on Trnavské Mýto will be hosting a month-long programme of art, music and activism called Tutti Frutti. 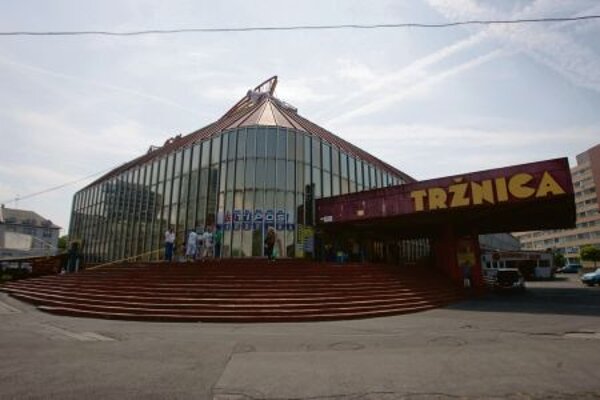 WITH the Old Market Hall in Bratislava’s Old Town having been transformed into a venue for cultural and community events, now the Tržnica Market Hall on Trnavské Mýto will be hosting a month-long programme of art, music and activism called Tutti Frutti.

“The idea to organise this festival came from Adam Novota, currently a student at the Academy of Fine Arts (VŠVÚ) in Bratislava,” Petra Čížková told The Slovak Spectator. “The main idea has two threads: an artistic one, to re-evaluate the avant-garde and modernism in harmony with the current global trend, and to use this modernist building for projects that ask … questions about the importance of this building and the local market, the further operation of Tržnica and the involvement of citizens in running a public domain. The goal of the festival is also to present contemporary art to people who would not go to a gallery to see it.”

Čížková continued, “One of the festival’s aims is to promote the building on Trnavské Mýto, which is the work of prominent Slovak architect Ivan Matušík, to point out its hidden qualities and thus contribute to an increased interest among the public as well as politicians in its renovation and development. The project also stresses the importance of having a market in the city centre.”

The festival is to take place between May 28 and June 30 and will present more than 100 artists and performers, as well as activists and architects from Slovakia, the Czech Republic and other countries. Offering concerts, lectures, workshops, dance performances, theatre, film screenings, installations and art happenings, the venue will still be open in its everyday capacity as a market hall. “The name hints in an ironic and playful way not only of the original function of the market hall as ‘a palace of fruit and vegetables’, but also to the diversity of activities that will enhance and enrich the assortment of food,” Čížková told the SITA newswire.

Food for the soul

The works of contemporary art will include pieces by Ilona Németh, David Černý, Britt Boutros Ghali, Jiří David, Erik Sikora, Eva Filová and many more. Visitors will have the chance to become active participants in the works of the Kateřina Šedá a Batežo Ka Mikilu art group, Marianna Mlynárčiková and Zuzana Janečková, Darina Alster, František Kowolowský and many others. People can also watch the films of Aneta Žigová and Veronika Obertová and contemplate the interactive works by Jíři Černický, Alena Kupčíková and Viliam Slaminka.

Live music will be played by bands Lyngam Orchestra, Čankišou and Jamadan, while Divadlo Bardo (theatre) and David Synák will bring contemporary dance, and dance ensembles Rahat Lukum and Zephyr will perform the Persian Set. CirKusKus will teach juggling to the public, while Atelier Purpur will offer painting lessons. Other activities include projects focused on changing the site into an attractive place for both buyers and sellers, guided tours (in Slovak), discussions on films and modern art, and more.

“In preparing the festival, we selected projects that react to the specific space of Tržnica, its history and interpersonal interactions that are part of its everyday life,” Čížková told The Slovak Spectator. “The events will take place in the main hall, on the landings, in separate rooms and also outside,” she said, adding that all the events will be offered for free, with the festival being financed by the organisers, supported by the Nové Mesto borough of Bratislava, and the Slovenské Elektrárne company.

She went on to explain Trees Have the Power, a prominent part of the festival, the goal of which is to present people from the “tree of contacts” of VŠVÚ student Nina Mikušková, who is searching for people to take part in participative, site-specific interventions, lectures, workshops, discussions, presentations, performances, concerts and anything that will enhance function of the market hall.

The festival will open on May 28 at 17:17 with Jonáš Gruska performing music inspired by the red stripes on the market hall’s exterior. The full programme (in Slovak only) is available at tuttifrutti-festival.sk.

“Festival organisers would also like to continue this next year,” Čížková concluded.