THIS 1950s postcard of eastern-Slovak town Svidník may not seem interesting at first glance, but it captures a barely noticeable, yet significant detail: the house in the bottom left corner of the photo bears a sign with Cyrillic text. This is not so surprising, though, as Svidník lies in the north east of Slovakia, in an area densely populated by Ruthenians. 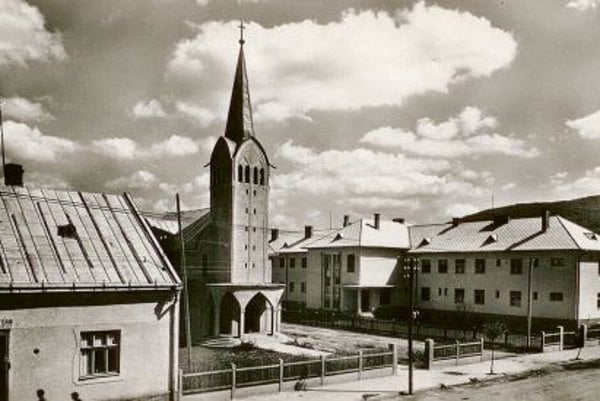 As the Eastern Orthodox Church was barely tolerated in the Hungarian Kingdom, its priests had inferior social status compared to those in the Roman Catholic clergy. In the time of re-Catholicisation, the Habsburgs decided to wipe out Eastern Orthodoxy from the territory.

The Habsburgs’ allies, the Drugeth family, invited Orthodox priests from eastern Slovakia and Transcarpathian Ukraine to their castle in Uzhgorod. There, on the day of St George (April 24, 1646), they announced the creation of a union with Rome, signifying the unification of Eastern Orthodox belief with the Roman-Catholic Church.

But even this strong symbolism was not enough to quickly push through re-Catholicisation efforts. Orthodox believers rebelled, and thus the Uniate Church emerged with difficulty. Re-Catholicisation was comple-ted only in 1672, when the new church received its official name, the Greek Orthodox Church, under which it still operates today.