Slovakia in talks with Tesla Motors

THERE is a chance that Slovakia may get a fourth carmaker, with the Economy Ministry confirming it has been in talks with US electric car producer Tesla Motors. The carmaker, which is considered to be the most innovative in the world, confirmed in June its long-term plans to build a plant in Europe. Slovakia is a contender, with the carmaker already involved in talks with the Slovak Agency for Development of Investments and Trade (SARIO). 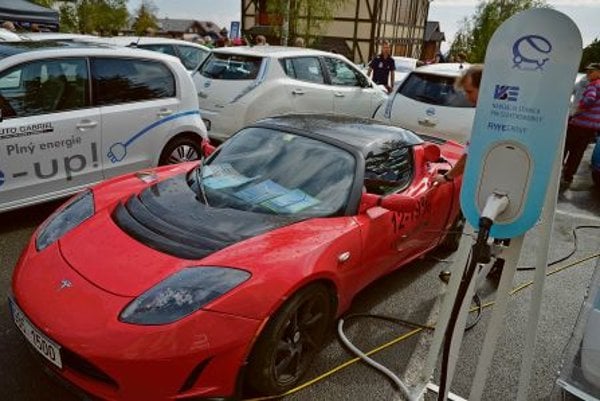 “The SARIO agency has established contact with Tesla Motors representatives who are considering opening a plant in Europe over the long-term horizon,” Miriam Žiaková, a spokesperson for the Slovak Economy Ministry, told the Sme daily, adding that since this is an unfinished project, the ministry cannot provide any further information.

The investment could amount to billions of euros and mean employment for thousands of people, as the carmaker would draw more subcontractors into the locality. This happened when Volkswagen arrived in Bratislava and Kia Motors set up shop near Žilina.

According to experts, Slovakia has much to offer, as there are already three carmakers with a network of subcontractors.

“The automotive industry in Slovakia is at the world’s top level; there is qualified but still relatively less costly labour,” analyst Jiří Šimara of Cyrrus in Slovakia told the Hospodárske Noviny economic daily.

There is high competition in Europe to win the investment. Along with Slovakia, other European countries interested in attracting the carmaker include the Czech Republic, Poland and the Netherlands.

According to Šimara, localities with very good connections to Tesla Motors’ main future markets, which may be Germany and Great Britain, may be in the game.

The ministry has offered investment aid to the carmaker, but Žiaková declined to shed more light on it.

The Slovak Automotive Industry Association (ZAP) sees room for another carmaker especially in central and eastern Slovakia, but cites completion of the cross-country highway as one of basic preconditions for the arrival of any big investment.

It could be some time, however, before Tesla Motors solidifies its plans to build a plant in Europe, as its CEO, Elon Musk, said that the company will open a factory only once sales of its cars top 160,000 per year. However, the company is expected to sell 10,000 vehicles in Europe this year for the first time.

Tesla Motors was incorporated in 2003 and has no relation to the former Tesla electronics giant from Czechoslovakia’s communist past.