CHILDREN from the war-torn Luhansk region in eastern Ukraine who have been accommodated at the parliament-owned facility Častá Papiernička for a recreational stay since March 22, gave an original painting as a gift to Speaker of Parliament Peter Pellegrini. 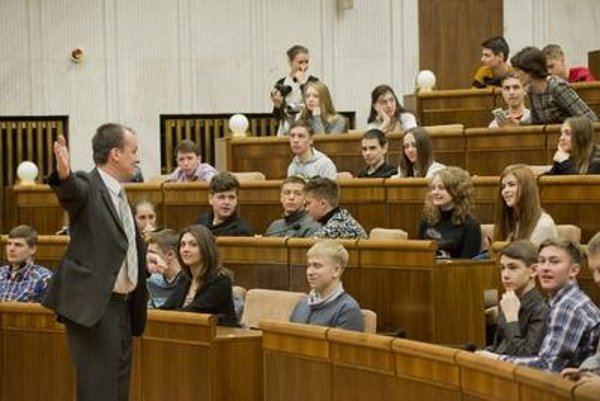 On March 27, the children took a tour of the Slovak parliament.

“The stories the children told me gave me goosebumps,” Pellegrini said, as quoted by the TASR newswire. “I’m glad that we managed to arrange their stay here so quickly and that these children in Slovakia can forget at least for a few seconds the horrors they had to experience.” The group of about 90 youths also met with lawmakers in the Friendship Group With Ukraine and their chairman Mikuláš Krajkovič.

It was Pellegrini who offered the recreational stay for children from the war zone to Ukrainian Ambassador to Slovakia Oleh Havashi. An extensive programme has been prepared for the guests, including a tour of Bratislava, a visit to the local zoo, and to the SĽUK Theatre. 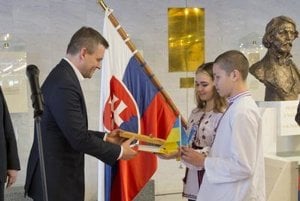 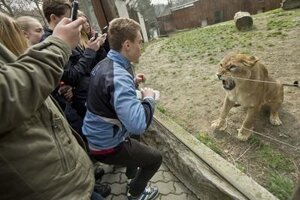 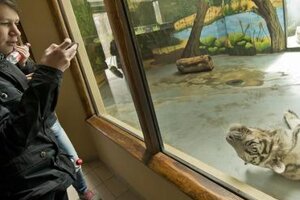 Ukrainian children on a visit in Bratislava (3 photos)

In summer, Ukrainian children should again come to Slovakia to recuperate from the war traumas of their homeland, the Plus jeden deň daily wrote on March 28.