POPE Francis I on April 10 received former Trnava Archbishop Robert Bezák. The audience was long wished for by the latter, and supported by his previous meeting with the Pope during a wider general audience at the Vatican, by intervention of Czech emeritus Bishop Miloslav Vlk; and maybe also thanks to the April 9 visit of Slovak President Andrej Kiska. 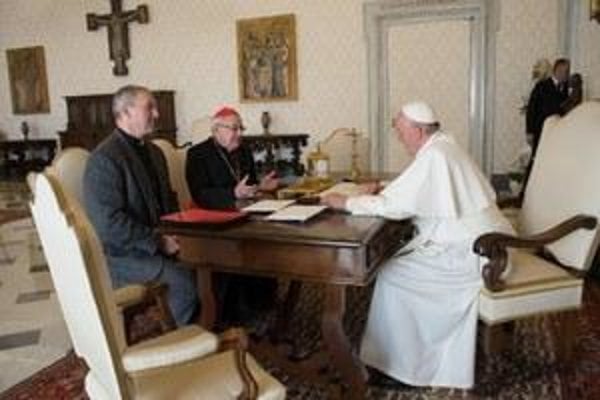 Kiska mentioned Bezák’s case during his meeting with the Pope, the Sme daily wrote. Although the papal schedule is planned long in advance, Francis I is known to act also spontaneously, so Kiska might have weighed in, church analyst Imrich Gazda told the Pravda daily. But Bezak was seen in the Vatican already on April 8 – which confirms rather the theory of an earlier planned audience.

Bezák was recalled as Trnava Archbishop – very popular with believers across Slovakia – allegedly due to deep investigation into the financial operations of his predecessor Ján Sokol in 2012 by the previous pope, Benedict XVI. 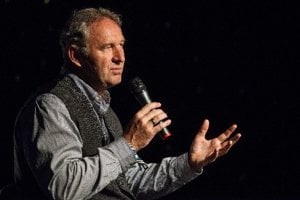 His recent visit with the Pope lasted 50 minutes and he managed to explain that his dismissal occurred suddenly and under very mysterious conditions, with him receiving no official document until now. Bezák, had already spoken briefly to the Pope at a mass general audience in June 2014 and gave him a letter requesting a personal audience, told Sme that now Francis listened attentively and promised to look into his case. They talked also about his situation in an Italian Redemptorist monastery in Bussolengo where he suffered ever more and more, mostly due to the unsolved case, and his return to Slovakia in December 2014.

Bezák chose Bussolengo of his free will from among several offers of his order, the Redemptorists, when he was stripped of the chance to serve masses in Slovakia but expressed for Sme his disappointment when confronted with previous expectations.

The Conference of Bishops of Slovakia (KBS) is glad that the Pope received Archbishop Bezák. “We esteem and fully respect all decisions and steps of our Most Holy Father,” KBS spokesman Martin Kramara told the TASR newswire.

Gazda opined that the recent meeting is the biggest breakthrough in the case of Bezák, regardless of the length and contents. However, Bezák remains in the position of emeritus Archbishop, as no information has leaked of him adopting a new task within the Catholic Church. Gazda concluded by saying that it would be best for Bezák, the Slovak Catholic Church and the whole society if the archbishop was included in normal religious life, “but I do not suppose that Bezák would operate in Slovakia,” he added.