IT WAS Italian expert on waterworks, builder and inventor count Enea Grazioso Lanfranconi who designed the regulation of the Danube river not just to protect Bratislava from floods, but also to enable viable shipping transport. 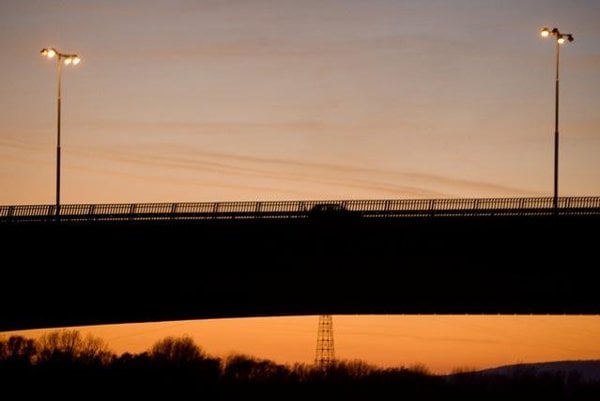 Count Lanfranconi was born 165 years ago, on May 20, 1850, in Pellio Intelvi in the Italian region of Umbria, to a well-off family. His parents settled in Bratislava (then called rather Pressburg in German, Pozsony in Hungarian or Prešporok in Slovak – three languages used equally in the area); and after he graduated from polytechnical studies in Milan, the young count followed them.

Since his youth, he was interested in waterways, paid the mapping of the flow of Danube from Bratislava to the modern-time Romania, and elaborated its hydrological map. He was a proponent of connecting the Danube with the rivers Rhine, Odra and Elbe, and also wrote several theoretical works focused on this issue that were awarded.

Lanfranconi, considered an excellent expert on water-works, elaborated a design of the Danube’s regulation, to protect the city from floods and make shipping more effective. For 10 years, he had been preparing these designs (since 1881), which included 80 kilometres of regulated stream with more than 3 ½ million cubic metres of stone for reinforced banks and dams.

The regulation was launched in 1891 and in 1896 the project was considered finished. By this time, the foundation of the later embankment appeared in Bratislava, with the banks raised with stones from Lanfranconi’s quarries in Devín and in Hungary. On them, he also tested his invention – the automatic discharging ramp. He had it patented in most European countries and in the USA in 1890, the TASR newswire wrote.

On the left bank of the Danube, beyond the city, the count had a villa and a vast park which lied on the territory of most of today’s Faculty of Physical Education and Sport of the Comenius University (FTVS UK) and the Botanical garden. He was a philanthropist, a founding member of the Hungarian Historical Society, and a passionate art collector, mostly of books. He also had a palace in Bratislava, in today’s Ľ. Štúr Square – currently, the Environment Ministry resides there. In the palace, his art collection was placed: about 300 paintings of Italian, French, Spanish, Dutch, Flemish, German and other masters. An important part was the collection of graphic works, the core of which was focused on Bratislava and its vicinity. In 1888, Lanfranconi donated part of his collection to the Bratislava City Museum.

Enea Grazioso Lanfranconi died at the young age of 44, when he shot himself with a rifle. He is buried in Italian Varese. The regulation of the river continued even after his death.

Later, a university dorm was built on his plot which is now part of the FTVŠ UK campus. Nearby, a modern highway bridge – festively opened in 1992 – has been erected that bears his name. However, an “n” has been lost somehow from his name, and so the bridge, as well as the campus, is called “Lafranconi”.