While the architectural diversity of Slovakia is most visible through its castles, fewer tourists take note of Gothic art in the form of altars and table paintings that are among the richest in Europe.

​​Košice Region is the easternmost boundary of Gothic architecture. St Elizabeth’s Cathedral in Košice is Slovakia’s biggest church with a main altar as well as a stone portal that are among the most precious artworks dating from its era.

St Elizabeth’s Cathedral is not only a leading representative of Gothic architecture, but it is also representative of the division between the Catholic and Byzantine worlds that began during the Middle Ages. In short, everything east of Košice fell under Byzantine influence.

“The excellence of the preserved Gothic buildings in Slovakia is evident in the number of surviving works of art, winged altars, sculptures and the murals and architecture,” said art historian Peter Kresánek.

The German-speaking population brought with it mediaeval sacral constructions between the 12th and 15th centuries as they repopulated areas wiped out by the Tartar armies. They were predominantly farmers, craft people and miners who, according to Kresánek, brought with them their culture of building churches. Thriving mining and commerce brought more money to the Spiš and Gemer regions, and the locals were able to invite master builders. Later mining gradually declined, resulting in fewer investments in sacral buildings. 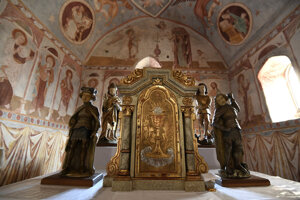 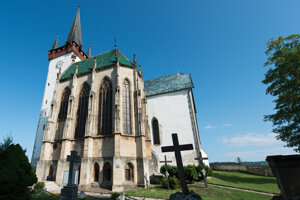 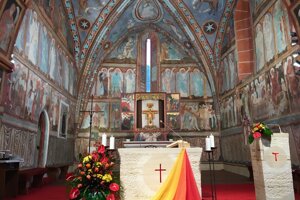 Gothic treasures in Slovakia (31 photos)
You have just exceeded the number of devices allowed.
Your active subscription only allows a limited number of browsers to access locked content.
To continue reading this article on this device/browser, please edit the list of registered devices in your profile settings here:
manage devices
You can read all about device management here.