This regularly updated feature on spiritual sites in Slovakia includes information on the famous Banska Štiavnica calvary and the contemporary pilgrimmage sites.

El Camino de Santiago, the famous pilgrimage route, offers a transforming experience and not only for believers.

Slovakia, a country with a rich pilgrimage tradition, joined the famed route in 2013 by opening the first Jacobean route from Košice to Levoča.​

Along the way from Košice – through Čermeľ, Kojšovská hoľa, Gelnica, Plejsy, Spiš Castle to Levoča – visitors can collect stamps on their pilgrimage pass. Gerhard Weag, the president of Live AID International, a civic organisation focused on domestic and foreign development aid, suggests that Levoča is still not the end of the road.

The route continues through Kežmarok and Červený Kláštor to Krakow, Poland and from there all the way to Santiago de Compostella, Weag told The Slovak Spectator.

Pilgrimage tourism flourishes in Slovakia thanks to the country’s deep Catholic traditions, with Catholicism surviving even communist repression. According to the last census from 2011, some 62 percent of Slovaks indentify their religion as Catholic. 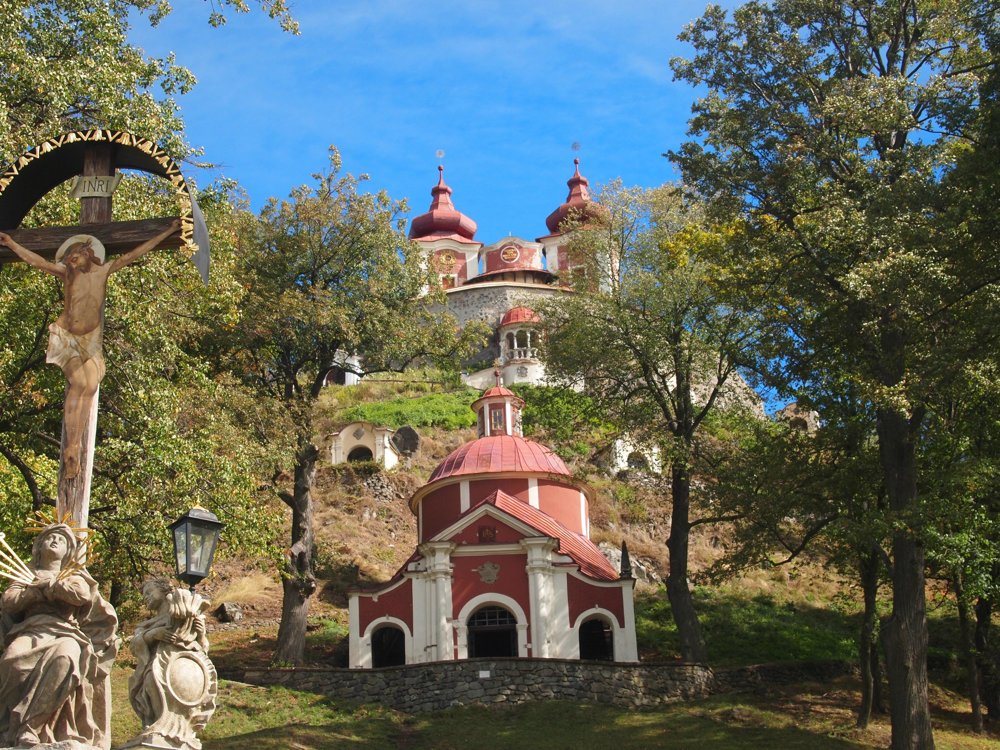 Sites for saints in Slovakia

One of the oldest pilgrimage sites in the country, Skalka nad Váhom, near Trenčín, is dedicated to saints Svorad-Andrew and Benedict, two hermits who lived in a cave at the turn of the 10th and 11th centuries. Today, visitors find the ruins of a former Benedictine monastery from the 12th century. The main pilgrimage event is held on Sunday close to each July 17.

In Bratislava, the gothic St Martin’s Cathedral displays bodily remains of St John the Almoner, a bishop from the 7th century. The remains of the Cyprus-born bishop were brought to Bratislava in the mid-16th century from Constantinople (today’s Istanbul) and placed in a glass coffin on the altar of the chapel named after him. The capital’s art nouveau Blue Church, a popular site for weddings, is dedicated to St Elizabeth of Hungary, the daughter of Hungarian king Andrew II. Some sources indicate Bratislava as her place of birth. The most significant site dedicated to St Elizabeth is the famous gothic cathedral in Košice, which carries her name and is also the easternmost gothic cathedral in Europe and the largest church in the country. 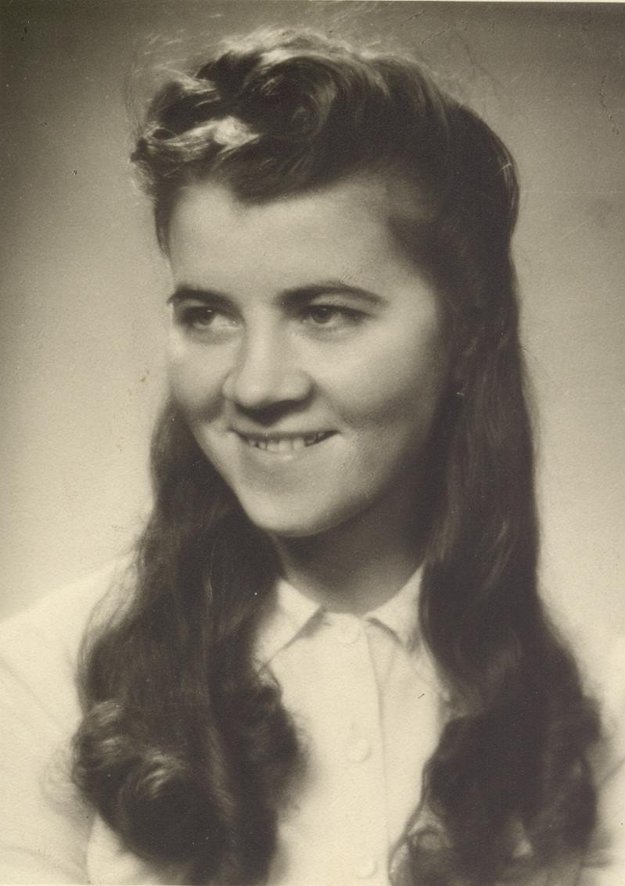 The cruelties of the communist regime are evidenced in the story of the first beatified woman in Slovakia. Sister Zdenka, civilian name Cecilia Scheling, grew up in the village of Krivá in the Orava region in the 1920s. In 1952 she assisted several Catholic priests in escaping from the former Czechoslovakia. The communist secret police imprisoned and tortured her on the grounds of treason. She was released in 1955 but died just months later. After the fall of the regime, Pope John Paul II asked believers to collect materials and spread the testimony of people who suffered for their religion. The process of beatification for Sister Zdenka was instigated by the testimony of Helena Kordová-Wilde, a co-prisoner. Pope John Paul II beatified Sister Zdenka as a martyr during a 2003 visit to Slovakia.

“There were worshippers from the Philippines and Vietnam, who were curious about her,” said Mária Terézia, a nun from the congregation of the Sisters of Mercy of the Holy Cross in Trnava.

The mortal remains of Sister Zdenka are placed in a church in Podunajské Biskupice, where pilgrims go to pray.

Our Lady of Seven Sorrows was named the patroness of Slovakia in 1966; however, the history of worshipping Mary in the country goes back much further. More than 40,000 visitors come to Šaštín every September 15 with hundreds of thousands of people visiting annually. Based on the Association of Pilgrimage Organisations, there are around 147 pilgrimage sites in Slovakia while people visit them for any number of reasons.

“People look for something supernatural, something special, but it is about an internal change,” said David Reichardt, a lay missionary and lecturer at Comenius University. “We can recharge ourselves with new energy.”

Pilgrimages offer an experience of community where the visitor can meet new people, Reichardt said.

Levoča is one of the most popular religious places in the country. The pilgrimage tradition dates to the 13th century when people were hiding from the Tartar invasions in the woods above the town. The main pilgrimage event takes place on the first Sunday after July 2.

“When I went to Levoča I slept in a sleeping bag on the hill,” said Reichardt.

Alongside many of the churches at the pilgrimage sites are houses to stay in. Such facilities can be found in Levoča at Mariánska hora, in Marianka or in Trnava. Another option at some places is to stay in a monastery. For example, visitors can book a room in one of the reconstructed outer buildings in the complex of the former Carthusian monastery in Červený Kláštor.

Churches and calvaries in Slovakia

In Slovakia there are more than 5,000 churches. All have been explored, and mapped by an enthusiast, Zdenko Dzurjanin, on his website www.kostolyslovenska.sk. The city of Trnava, with its 13 churches, is rightly nicknamed Small Rome. In 1543, it became the centre of religion in the Hungarian Kingdom for several decades. As the Episcopal site of Esztergom was conquered by Ottomans, the Esztergom Archbishop moved to Trnava which was reflected also in many religious constructions.

About 70 kilometres from Trnava, near the village of Kopčany, visitors can find the oldest sacral building in Slovakia as well as in central Europe: a church dedicated to St Margaret of Antioch from the 9th century. 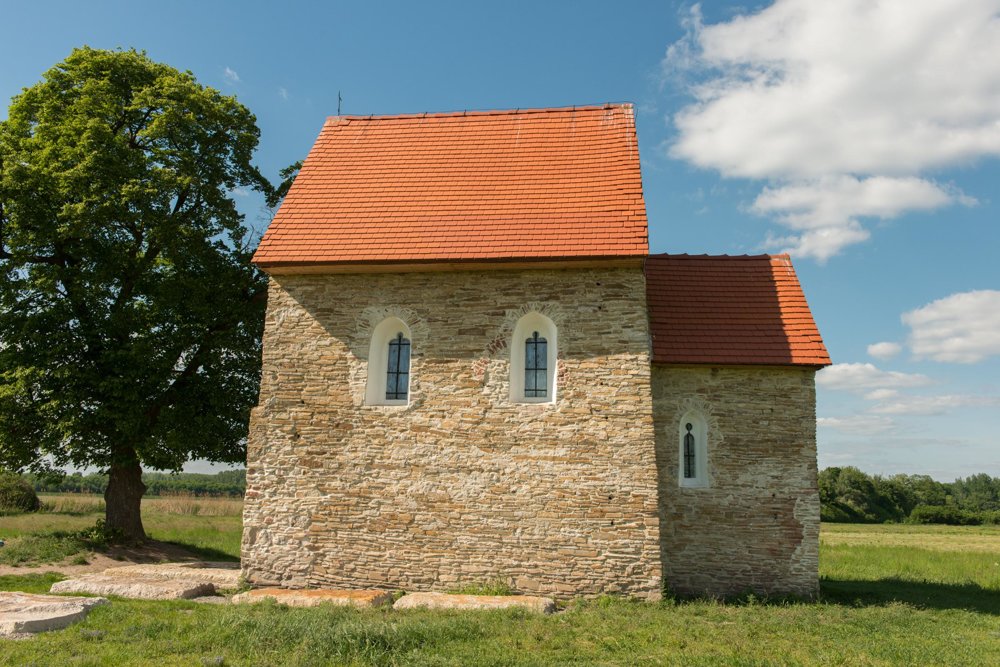 The Church of St Margaret of Antioch near Kopčany. (Source: Jana Liptáková)

The monastery in Hronský Beňadik is the home of a relic of a piece of cloth of St Veronica, which is said to contain remnants of Christ’s blood. Malacky offers one of the three genuine copies of the Holy Stairs. The original is in Rome and copies were made to Jerusalem and to Malacky, though the chapel is under reconstruction. In the Prešov Cathedral of St John the Baptist, a copy of the Shroud of Turin is exhibited, in which Jesus was wrapped according to traditional legend after he had been removed from the cross.

Calvaries are also popular religious sites in Slovakia. The most famous are in Banská Štiavnica and Prešov. The calvary in Banská Štiavnica, one of the largest in the world, is quite unconventional as instead of 14 stations there are 24.

“A person does not have to be a worshipper to recognise the beauty of the calvary,” Martin Macharík from the Kalvária fond, an organisation for preserving the Calvary in Banská Štiavnica told The Slovak Spectator. “What all visitors have in common is that they have never seen such thing before.”