This regularly updated feature on art in Slovakia provides information on art galleries and trends throughout the country.

Fans of Andy Warhol might have already marked Slovakia on their map, as the king of pop art was of Ruthenian origin and his mother, Júlia Warholová, was born in Miková, a village eight kilometres from Medzilaborce and now the home of the Andy Warhol Museum of Modern Art.

Founded in 1991 by artist Michal Bycko, with the assistance of the Andy Warhol Foundation in New York, it is the second-largest museum dedicated to Warhol in the world and the only one in Europe. Still, the art gallery scene in Slovakia neither starts nor ends with the eastern Slovak temple of Warhol. The country has a rich artistic tradition and boasts a large number of galleries and museums. 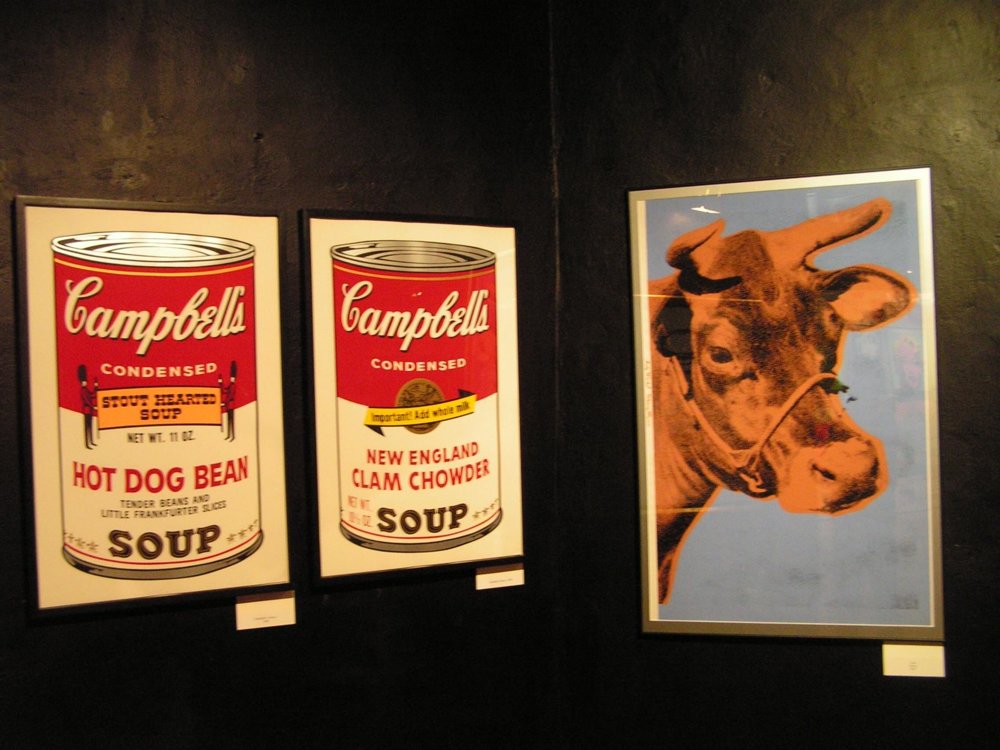 The biggest and most important gallery is, unsurprisingly, the Slovak National Gallery in downtown Bratislava. Although it is currently under reconstruction, many of its exhibitions are still accessible, albeit in closer quarters of Esterházy palace, coffee-house Berlinka and bookshop Ex Libris. The works in Esterházy palace come from the mediaeval, Gothic and Baroque periods, although there is also some more contemporary art. The first floor is dedicated to temporary exhibitions usually with some interactive parts for visitors. There are many regular events, some of them dedicated to foreigners including commented expositions Sunday Rest and Open Studio projects of Ilona Németh from Fine Arts Academy.

The Slovak National Gallery also has four branches outside the capital: at the Zvolen Castle, the mansion in Strážky, the Gallery of Ľudovít Fulla in Ružomberok, and Schaubmar’s Mill in Pezinok-Cajla. Each one has a specialised permanent exhibition (Gothic and early art in Zvolen, Spiš regional art and László Mednyánszky in Strážky, works by the artist Fulla in Ružomberok and naïve art in Pezinok). All of SNG’s venues and exhibitions are accessible to English speakers.

Tourists who venture outside of Bratislava can get a taste of local art and an overview of local artists in regional galleries, with the largest being the Eastern-Slovak Gallery in Košice and the Central-Slovak Gallery in Banská Bystrica. Nearly each district centre has a gallery of its own. The Bratislava City Gallery (GMB) offers a permanent exposition of works connected in some way to the Slovak capital as well as various temporary exhibitions. The privately-owned art gallery Nedbalka, which reminds some of its visitors of New York’s iconic Guggenheim, is a recent addition to Slovakia’s art scene, offering a rich collection of modern Slovak art in Bratislava. 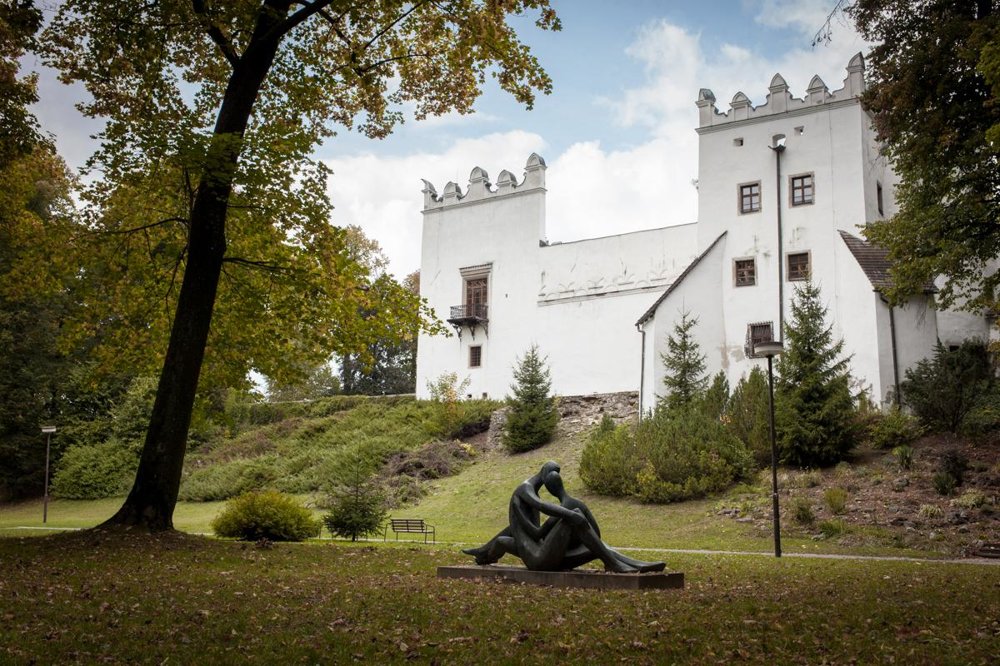 The Strážky Manor House, one time a favourite place of painter László Mednyánszky, now holds an extensive collection of his works. (Source: SITA)

Finding art indoors and out

Slovakia boasts a number of open-air galleries and outdoor exhibitions that attract tourists, especially during the summer season.

The Danubiana Meulensteen Art Museum near Bratislava, built on an artificial island on the Danube River, is a combination of an indoor and outdoor gallery. The venue specialises in modern art and is in Čunovo, just 15 kilometres from the capital. Bus No. 90 runs from the new building of the Slovak National Theatre to Čunovo. The bus does not always drive all the way to the gallery and if it ends in the village, there are 30-45 minutes more to walk. On weekends during the summer season, a boat from the Bratislava Harbour goes directly to the island. Indoor exhibitions are complemented by a sculpture park with a selection of works, lending the island an intriguing atmosphere and making it an apt spot for photos. The Danubiana museum has been open since 2000 but in September 2014 opened a pavilion with a permanent exhibition featuring the private collection of its founder, Gerard Meulensteen. Temporary exhibitions lasting for several months feature the work of Slovaks and international artists. The museum offers information in English.

The north-western region of Orava also boasts its own art island, Slanický ostrov umenia, which stands out symbolically and literally from the waters of the Orava Dam. A church that once stood on a hill in a village that was flooded by the dam’s construction is now an exhibition hall of folk art. From May to September, a boat brings visitors to the island from Slanická osada port (close to Námestovo). 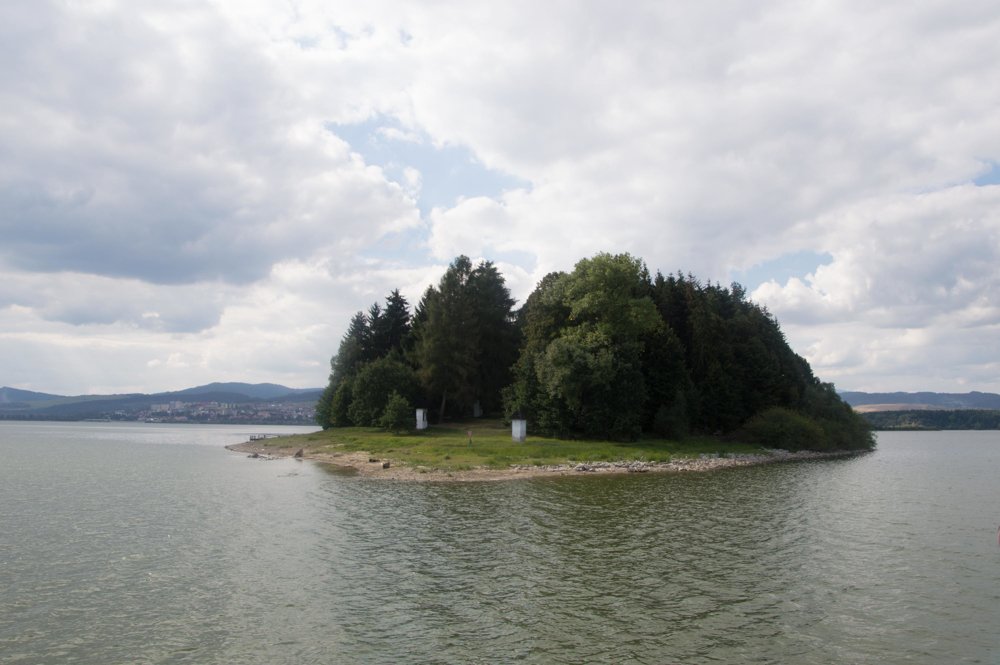 The Gallery of Sculptors’ Symposium in Vyšné Ružbachy, the High Tatras, was initiated by sculptors Rudolf Uher, Miroslav Chlupáč, and Andrej Rudavský in 1964 when they made the first sculptures in the local travertine quarry, striving to connect art and nature in a unique symbiosis. Since then, artists from several countries have created more than 100 stone sculptures comprising a gallery that became a national cultural heritage site in 1997.

Slovakia has also adopted the concept of kunsthalles or houses of art. Košice, Žilina, and Bratislava dedicate theirs to predominantly contemporary Slovak art.

Žilina has been working on turning its Neolog synagogue, the only building in Slovakia designed by prominent German architect Peter Behrens, into a kunsthalle since 2012. While the reconstruction is going to finish in December 2016, the former synagogue, which was built in 1931 and served the Jewish community for just two decades, already hosts events and exhibitions.

Another kunsthalle was created in Košice in 2013, when the city became the European Capital of Culture (ECoC), sharing this title with the French port city of Marseilles. It was rebuilt from a former indoor pool constructed during communism, considered one of the most valuable buildings in Košice in terms of architecture. Modern local and foreign art is shown here, including the results of K.A.I.R. – Košice Artists in Residence which brings foreign artists to Košice for several months. The former swimming pool now has 25 cm of water to incorporate into shows, if needed, and it can be drained to house additional exhibitions.

Bratislava also got its kunsthalle, when after much political wrangling, the current Dom Umenia at SNP Square was chosen. Opened in September 2014, Bratislava’s kunsthalle is seen as a kind of laboratory for presenting Slovak art in an international context while also promoting it among locals, according to its head Juraj Čarný. It is a so-called participative type of gallery, where students and experts explain modern art to visitors. In a smaller place on the ground floor called Kunsthalle LAB, local and foreign artists‘ exhibitions are hosted, often interactive and conceptual.

Košice as the cultural capital

Košice’s designation as the 2013 ECoC accelerated the creation of a lasting cultural infrastructure, and its projects add another layer to the city’s already rich cultural offerings. These venues are mostly buildings re-purposed with the EU funds that came along with the ECoC designation. The Kulturpark, a former 19th century Hungarian army barracks, reconstructed in 2012, has become a multi-purpose cultural space for art exhibitions, theatre productions, and concerts.

Mindful of its history, the buildings were renamed with the military alphabet. For instance, the Alpha Building’s black, white and grey background was thoughtfully designed to not compete with the art and to encourage artists to bring colour to the space. A former stable retains its form with the stalls painted white to give a stark contrast for rotating contemporary art exhibits. 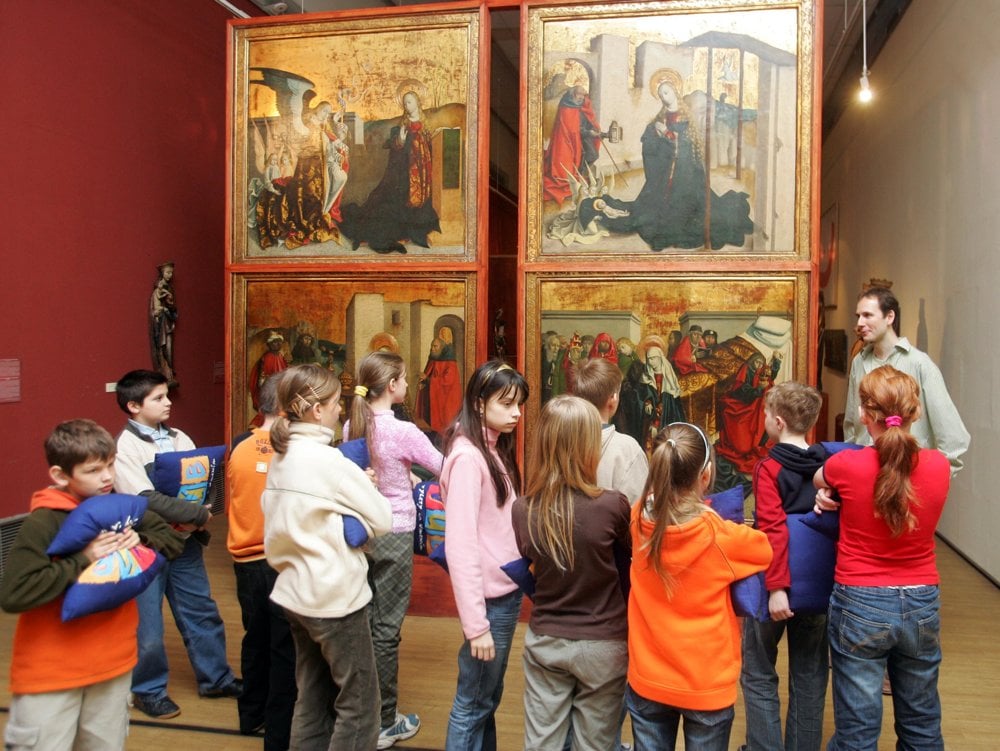 Galleries organise events for children to nurture the next generation of visitors. (Source: SME)

For children, there is a building housing Steelpark, a joint project between U.S. Steel Košice and three educational and scientific institutions – University of Technology in Košice, University of P. J. Šafárik and the Slovak Academy of Sciences. The building offers more than 50 exhibits telling the story of steel in a kid-friendly environment.

One of the most innovative projects emanating from the ECoC was to transform outdated heat exchange stations (SPOTs) into neighbourhood cultural centres. These SPOTs are located in the high-rise apartment complexes that spread out from the city’s historic centre into the residential neighbourhoods.

In Košice, the Vojtech Löffler Museum offers a permanent exhibition showing the life and work of its founder, a local sculptor, and the work of his friends. It also offers space for residential stays and exhibitions for upcoming talented artists.

In terms of photography, there are two big photo galleries that offer exhibitions year-round. The Central European House of Photography (SEDF) in Bratislava presents local and foreign photographers, publishes books and organises workshops. The House of Photography in Liptovský Mikuláš is an apt venue to visit for photography fans hiking or skiing in the Tatra mountains.

A gallery focused on design, Satelit, has moved to premises in the former Hurbanove kasárne military barracks in Kollárovo Square in downtown Bratislava. Thanks to its location and big windows, the venue can attract passers-by, in addition to art connoisseurs and insiders. 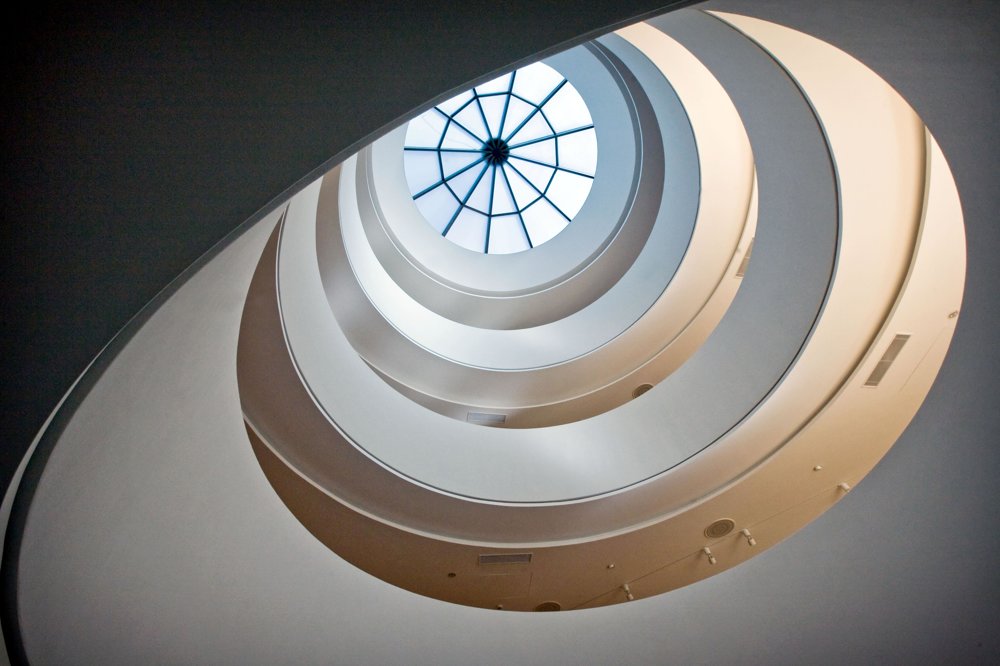 For those seeking art souvenirs, a number of auctions are organised regularly. Of Slovakia’s auction houses Soga and White & Weiss are the most-established. White & Weiss focuses on contemporary art and modernist works of Slovak and Czech artists. Twice a year, in April and November, it organises auctions, also presenting the works on offer. Foreign clients account for about half of total sales. Buyers most frequently are from the Czech Republic, Poland and Switzerland, but also from France and the United States. Buyers are not just private collectors but also public institutions. Bidders can participate in auctions personally or with a written form or via telephone through a Slovak-speaking assistant.

Many works by Slovak artists can be found in digital form at www.webumenia.sk. A government programme with all exhibits in state and municipal galleries is available online (wiki.cedvu.sk) in Slovak language.

The first Slovak institutions also have published a selection of their collections online through the global Google Art Project (www.googleartproject.com).

“On virtual versus real art, the real thing will always win,” Mark Sands, director of audiences and media at the Tate Gallery in London, said during a visit to Slovakia. “I have no question in my mind – is it better to see Mona Lisa in real life? Of course it is!”

After art devotees delight in digitalised works, they can come to Slovakia to let themselves be impressed by the real thing.