BRATISLAVA belongs to the most popular stag destinations, according to British tourists. 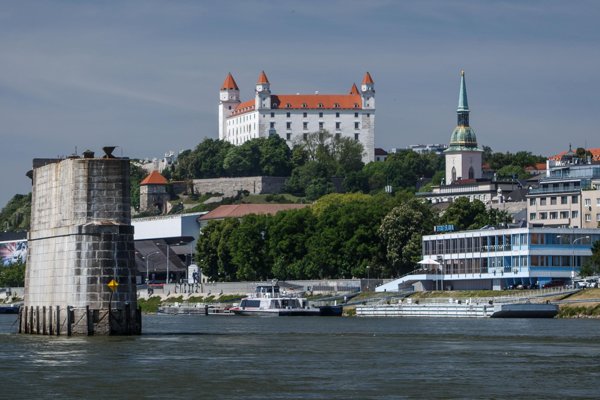 In a survey of more than 350 reviews, blog posts, comments, and status updates, it ranked as the eighth most popular European city for a stag do, according to the Ampilot.com website.

The authors of the Top 10 European Cities for a Stag Do survey evaluated 10 important elements for each city using a 5-point scale. Extremely negative feedback scored a 1, and fully positive a 5.

Bratislava received all 5 points in the Total Cost for a Weekend category, with the tourists praising the fact that they can easily afford a weekend in the city for less than £200 per person.

Regarding the activities, Bratislava only received 3 points, with tourists saying that there are a few notable shooting ranges worth visiting, where visitors can get their hands on revolvers, 9mm pistols, shotguns, sub-machine guns and the classic AK-47.

The alcohol got 4.5 points, with tourists learning that “high quality Czech beer can be found for as low as 1 pound”. The alcohol is thus slightly cheaper than in Prague, while tourists can get a wide choice of ale and spirits, according to Ampilot.com.

Bars and clubs got 3.5 points, with the authors of the survey suggesting that all the best ones are in close proximity to one another. On the other hand, nightlife in Bratislava does not get wild like in Amsterdam or Barcelona, and the city feels really calm.

As for strip clubs, the Slovak capital only received 2.5 points, with Amsterdam, Prague and Barcelona having more to offer. Regarding the babes, the tourists gave Bratislava 4 points. Though the local girls are nice, the respondents claimed that they are not keen on foreigners.

Bratislava got 3.5 points for locals who, according to the survey, formed a closed community, so they are not as open as others from eastern European countries. As for English proficiency, the city received 3 points.

“Asking for directions can be frustrating, we won’t lie,” the authors of the survey said. “The important thing is that Slovakian bartenders always speak your language, so your glass/mug won’t run dry during your stay.”