Monuments, synagogues and cemeteries are reminders that Slovakia once had a significant Jewish minority with a tradition enriching all spheres of life for centuries.

The wartime Nazi-collaborationist Slovak state deported around 71,000 Jews, with just a few hundred returning after the war – leaving behind a void impossible to fill. Still more Jewish heritage was lost when more synagogues were destroyed during the communist regime, but there are efforts underway to recover and preserve parts of this history.

New sites have been opened, albeit in places that once served for infamous purposes. The first Holocaust museum in Slovakia was opened in February 2016 in Sereď. It used to be a camp where Jews from Slovakia were sent, after their properties and belongings had been confiscated. It was not a death camp but first a work and later a concentration camp. The museum strives to exhibit items of former inmates, a cattle truck that transported Jews

to the death camp Auschwitz as well as many names of the deported. They represent only a small remainder of those who passed through the gates of the camp in Sereď. The museum also educates people about the Holocaust.

“Opening the windows for you”, is the slogan of Mazal Tov, a festival of Jewish culture held annually in early July that merges history, traditions and culture into one event.

The festival, held by the non-governmental organisation MoreMusic, offers concerts of traditional Jewish klezmer or jazz music, exhibitions, workshops, readings of literature and film screenings, as well as guided tours through Košice, Bardejov and Prešov in eastern Slovakia. These are also available in English and Hungarian languages.

“People can enter the places which are otherwise closed to the public, such as old synagogues,” said Jana Šargová, a dramaturgist and one of the organisers of the festival. 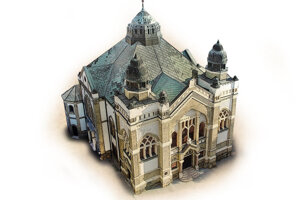 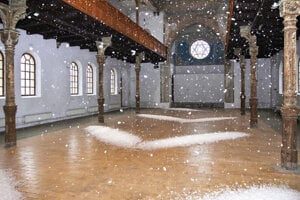 The Slovak Jewish Heritage Route is a project which aspires to map the most significant Jewish sites around Slovakia, for example in Košice, Bratislava, Trnava, Lučenec or Nitra. Maroš Borský, the head of Jewish Community Museum in Bratislava, explained that the Jewish Heritage Route is a network of more than 20 significant sites, including synagogues, cemeteries or memorials coming from all regions of Slovakia.

A brochure of the route is available at the official Slovak Jewish Heritage website in both Slovak and English. The site includes an interactive map featuring the regions where the most significant Jewish monuments are located.

A considerable number of visitors, mostly the descendants of Slovak Jewish families who lived in Slovakia before World War II, come to Slovakia to visit places where their predecessors lived.

Some cemeteries have become pilgrimage sites, and these can bear more significance than synagogues which no longer serve their original purpose.

“If there’s no tabernacle with a Torah in the synagogue, it’s not a sacred place anymore,” said Pavel Frankl, the head of the Jewish community in Žilina. “Where our ancestors are buried are still sacred places. Even if the gravestone is demolished, the most important thing is that their bones are in the soil.”

One of the most interesting cemeteries is the remnant of a cemetery in Bratislava with the grave of Chatam Sófer, dating back to 1671. At one time it contained around 6,000 graves and while the cemetery could not expand horizontally, additional layers were added to the site to hold more graves. Much of it was destroyed in 1942-43 when a tram tunnel and road were built under the castle, exiting through the cemetery.

“It is said that there were actually four layers of soil there,” said Viera Kamenická of the Museum of Jewish Culture. 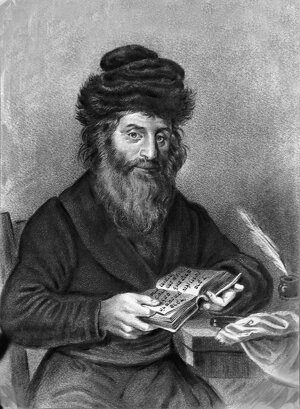 One of the 23 tombs that was saved and is now preserved in a tiny underground room is the final resting place of Chatam Sófer, the orthodox scholar born Moshe Schreiber in 1762, who died in 1839. Sófer became the Chief Rabbi of Pressburg in 1806 and also headed the yeshiva (rabbinical school) in the city, one of the most prominent centres of traditional Jewish learning in Europe. The still-functioning Pressburg Yeshiva in Jerusalem was founded by his grandson.

“The only entry to saved tombs was a metallic cap in the middle of the road which looked like a drain,” Kamenická said. “I was there when I was a little girl. I remember when they opened the cap and we went downstairs to a dark place lit only by candles. There were

orthodox Jews silently praying by the Chatam Sófer’s grave. I felt like I was in a fairytale.”

The tomb was preserved despite the massive societal upheavals and the scarring of the landscape. Most visitors now come in September, on the anniversary of his death, to pay their respects.

Today the cemetery looks different and has its own architecture to respect the Jewish burial rituals.

“Chatam Sófer was very gifted: as a 7-year-old boy, he knew all the five books of Moses and could also comment on them. It was an extraordinary phenomenon,” said Martin Záni, of the Jewish Community Museum. Chatam Sófer often visited the town Svätý Jur, and the synagogue there is the only still-preserved place where he spoke.

Jews have always belonged to the diaspora of Bratislava, a multicultural city, and though World War II demonstrated horrible intolerance towards Jews, there have been also stories of courage on the part of Slovaks who helped them by risking their own lives during the most aggressive times of deportation. A number of Slovaks have been awarded the Righteous Among the Nations award – the highest honour given to a non-Jew by the State of Israel and Yad Vashem Holocaust Museum - for saving Jewish citizens during the Holocaust.

Of the approximately 71,000 deported Jews, only a few returned, and for many it was difficult to adjust: “Slovakia wasn’t home for them anymore because home is where you are accepted,” Kamenická said. Many emigrated to the United States, the UK, Switzerland and Israel.

The Jews who remained still maintain the traditions and feasts, but the Jewish culture’s presence in Slovakia is still most visible through the remaining synagogues.

Synagogues in Slovakia: Dynamic or decaying

There were around 100 identified synagogues in Slovakia before World War II. Most of those remaining are in poor condition today. Only seven still serve their original purpose, and more than 10 have been renovated for use for cultural events.

“Slovakia was an ally of Nazi Germany during the war, so the Slovak synagogues were not burned or demolished as synagogues in other states, as in the Czech Republic for example,” said Záni. 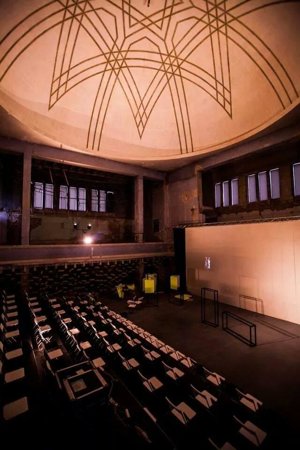 Synagogues were more likely destroyed during the communist totalitarian regime, when they were often used as warehouses.

Still, some have managed to survive. Bratislava’s only remaining synagogue is on Heydukova Street and hosts both Jewish marriages and prayers during Jewish festivals.

There is also the unique Jewish Community Museum in the synagogue. The synagogue is open from May to October and provides a permanent exhibition of Jewish heritage and history, as well as rotating temporary exhibitions.

“We don’t want to make museums for the masses,” said Borský adding that the community would like to preserve it as a still-functioning synagogue.

There are seven active Slovak synagogues, one in Bratislava, two in the south in Nové Zámky and Komárno, two in Košice, and one each in Bardejov and Prešov.

The rest of Slovakia’s synagogues are either dilapidated or used for other purposes. Some are used as museums and art galleries today, like the synagogues in Nitra and Trnava. The old synagogue in Trstená became a shopping centre and in Tvrdošín a bar. Komárno’s synagogue is a hotel with squash courts, Zlaté Moravce’s houses a climbing wall and in ​

​Revúca the building has been converted into a centre for Jehovah’s Witnesses.

“Synagogues should be used for cultural purposes, but when there’s no opportunity to use them this way, it’s better to use them for commercial purposes than to let them become abandoned or fall into decay,” said Pavel Frankl, the head of the Jewish community in Žilina.

There are projects of synagogue renovations to make these buildings cultural centres, one of the most significant of which is a project in Žilina, organised by the non-governmental organisation Truc Sphérique.

The exact location of each cemetery is marked on the map at the beginning of this article.