THE ONGOING reconstruction of the synagogue in Lučenec (Banská Bystrica Region) is accompanied by an archaeological dig and workers have discovered a glass container holding valuable documents and coins. 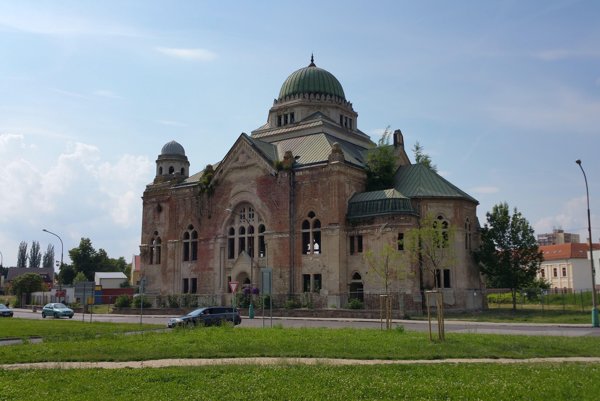 The artefact was found in a stone chest in the foundations.

“Inside was a glass container with a document establishing the original synagogue, which stood on the site of the current one and was built in 1863,” said Viktória Tittonová, a Fiľakovo Castle Museum director and an archaeologist, as quoted by the TASR newswire. “Aside from this document, there were also gold and silver coins of various values.”

It is interesting that the glass container displays the name of Ján Kossuch, a glassworks owner who probably contributed money towards building the synagogue, Tittonová added.

The finds are currently being examined by restorers. It is not clear whether some of the pages can be restored. It is very rare to stumble on such a find at the beginning of a dig, and the artefact is probably the most valuable object in the synagogue, Tittonová said.

“Concerning the archaeological dig, the most attractive parts are the foundations of the former synagogue,” said head surveyor Iveta Kaczerová of Novohrad Museum. “I reckon that there will be some other finds in the survey.”

According to historians, time capsules like the one found in the foundations of Lučenec synagogue were often hidden in various parts of religious buildings.

“For example, in Lučenec there was one in the shape of a cockerel in the tower of a Calvinist church,” Kaczerová said. “There were contemporary newspapers, coins and a list of donors who contributed money.”

She added that such artefacts are ideal for dating.