KIA Motors Slovakia in Žilina produced produced more than 169,000 cars and 286,000 engines in the first half of 2015, with the SUV Sportage representing more than a half of the vehicles produced (followed by cee’d with 32 percent and Venga with 9 percent). 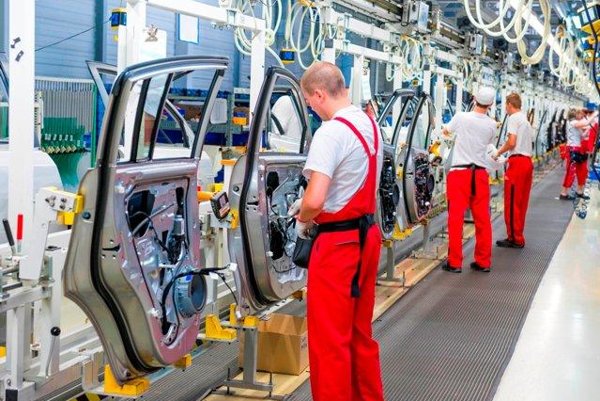 The lion’s share of engines produced in 1H15 was the 1.7-litre diesel motor, and around half of these made went to sister company Hyundai, located in Nosovice in the Czech Republic. “The 1.7-litre diesel engine was ordered by 26 percent of customers,” company spokesman Miloš Ondruš informed the TASR newswire on July 15, adding that petrol engines made up more than half of all produced engines.

The company has taken on 70 new employees since March, according to Ondruš. The reason for this was the introduction of a three-shift operation in the engines plant in 2Q15.

Kia plans to invest €140 million in Slovakia this year. Ondruš says a new line for the cee’d has started and in the second half of the year, the plant will start to produce the fourth generation of the Sportage.

The most important export markets during the first half of the year were Russia, Britain (both 14 percent), Spain (10 percent), Germany (8 percent) and Italy (7 percent). Around 1.6 percent of production is placed in the Slovak market.

Looking back on 2014, Ondruš said the plant produced more than 323,000 cars and 493,000 engines and had revenues of €4.59 billion, helping Kia win the Financial Administration of the Slovak Republic award Merkúr 2014 for the highest income tax paid. The car plant invested more than €48 million in Slovakia in 2014.

Kia Motors Slovakia which has now produced more than 2 million vehicles employs around 3,800 people, making the models cee’d, Sportage and Venga in the village of Teplička nad Váhom across the Váh river from Žilina.