Immigration has been at the centre of Slovakia’s public discourse in recent weeks, and though it may seem so, the issue is hardly a new one. Vietnamese people, for instance, have lived in Slovakia since the 1970s and today the community totals some 20,000. 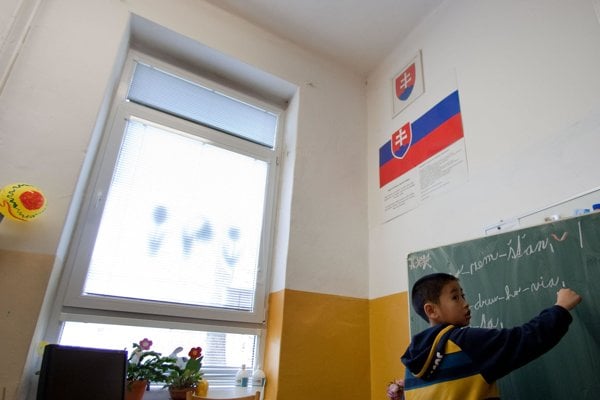 Many arrived as a part of student exchange programmes under communism. They settled down in Slovakia and created a bridge for their families to join them in the 1990s and seek employment in the family businesses.

“The situation changed after 1989, when the state regulated migration turned free, and was controlled by the people themselves,’’ says Miroslava Hlinčíková from the Institute of Ethnology at Slovak Academy of Sciences, who conducted a far-reaching research about the experiences of the Vietnamese minority in Slovakia between May - August 2009.

Vietnamese in Slovakia are active mainly in the private sector as owners of small and medium sized businesses. This shift began post-1989, when many Vietnamese lost their jobs in factories and starting their own business to get a work permit, Hlinčíková explained.

Most of them do business in gastronomy, clothing and mixed goods, or with travel agencies focusing on Slovak customers.

“They worked hard in order to provide for the next generation that was already born in Slovakia,” Hlinčíková said, adding that many of the family businesses were hit by the crisis in 2009.

Despite the low absolute number of immigrants (up to 1.3 percent of population), its attractiveness has somewhat risen after the country joined the EU in 2004, and even more so as Slovakia joined Schengen in 2007. By 2013, the number of registered arrivals had increased threefold to 71,649, out of which 26,156 were from the countries outside EU.

“Most of the migrants from outside the EU come because of economic reasons,” explained Laco Oravec from the non-governmental Milan Šimečka Foundation, adding that most migrants, seeking better working conditions and wages in the western of northern Europe, however approach Slovakia just as a transit country.

The anti-immigrant sentiments that sparked around Slovakia have also been nourished by claims that foreigners take jobs that would otherwise go to Slovak nationals. Martina Sekulová from the non-governmental think tank Institute for Public Affairs (IVO) called such claims “misleading and biased”.

“Foreigners take up only 0.9 percent of the active workforce in Slovakia, which does not have any effect on discriminating against domestic workers,” she said.

Vietnamese people, just like other migrants from ‘third countries’ outside the EU, are subject to stricter requirements when applying for the self-employment licenses, which puts them in a disadvantage on the labour market, Hlinčíková argued.

The image of a migrant that prevails among the Slovak public is that of a worker at a market with cheap clothes or a kebab seller.

Zuzana Števulová from the Human Rights League (LPR) watchdog organisation says that their organisation deals with migrants of different levels of education and skills, from students and menial workers to self-employed or even people eligible for top managerial positions.

Vietnamese people in particular are known for their strong adherence to family values and education.

“One of the main challenges of integration is overcoming the language barrier,” Hlinčíková told The Slovak Spectator. “Slovakia does not offer any language education for foreigners but some courses are covered by the International Organization for Migration (IOM) in Bratislava and Košice.”

At schools, less than 1 percent of pupils under 16 are children of migrants, according to Sekulová. That is also a reason why schools approach them intuitively without any systematic support.

“Overall, the education options for migrants are underdeveloped, as well as the process of degree recognition,” she said.

Vietnamese are often viewed as a homogenous community, driven by collective action. Indeed, they are largely a self-sufficient community within Slovak society.  The nearest Vietnamese embassy is in Vienna.

They also celebrate their festivals, Vietnamese New Year, Independence Day and Festival of small children. The New Year, or Tet, is a moveable feast, usually taking place in the end of January or early February.

The recognition of Vietnamese culture in Slovakia still offer vast room for improvement.

“More initiative should come from municipalities but so far they overlook the migrants living in the boroughs,” said Hlinčíková.

Despite the way Vietnamese have quietly integrated themselves in recent decades, Slovak society remains saturated with prejudices, mainly against the nationals of third countries, not only among general public but also among policymakers, Sekulová noted.

“We aren’t ready to accept social diversity and variety despite the fact that Slovakia is a multicultural country,” she said.