Pendolino should return to the rails in September

THE CZECH high-speed train Pendolino will return to the Košice-Prague route on September 1. 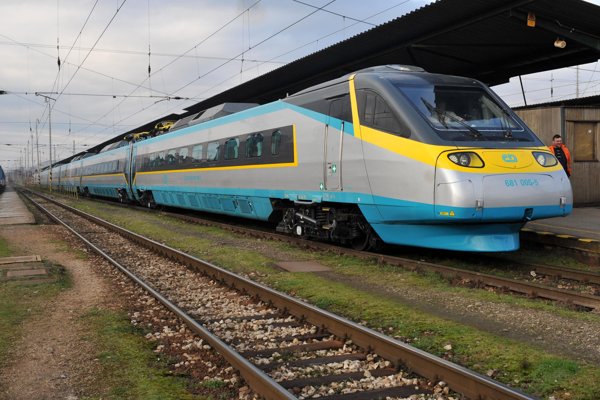 The reason is that Slovak state-run passenger carrier ZSSK needs it to compete with private companies operating on the same line, the Denník N daily reported.

Pendolino stopped riding from Prague to Košice back in July, after a serious accident near Ostrava, the Czech Republic. Three people died and another 17 were injured after the train crashed into a truck that entered the railway crossing. The train was seriously damaged, the daily wrote.

The Czech state-run railway company will restore Pendolino’s operation though it can use only six of seven train sets which they need to use on their main Prague-Ostrava route.

“The renewed operation of Pendolino will be possible thanks to the return of one repaired train set,” České Dráhy spokesperson Petr Šťáhlavský told Denník N.

According to unofficial information, the main reason for such a quick return of Pendolino is ZSSK’s fight with private carrier RegioJet which has operated the route to Košice since last October. It offers free drinks, newspapers and also cheap tickets.

Another private company, Leo Express, also launched trains on the route in the end of 2014.

As a result, ZSSK launched cooperation with České Dráhy and started sending Pendolino to Košice, whose comfort significantly exceeds that of ordinary state-run trains, as reported by Denník N.