Slovakia is rich in caves, with more than 6,200 that have already been explored.

Going into a cave in Slovakia does not have to involve passively admiring the various shapes of stalactites, stalagmites, and stalagnates. Some cave staff offer a helmet and a headlamp, which turns the visit into a real underground adventure.

Slovakia is rich in caves, with 7,000 having already been explored. Twelve of these have been opened to the public by the Slovak Cave Administration (SSJ). A total of six are inscribed on the UNESCO World Natural Heritage List (Domica, Gombasecká, Jasovská, Krásnohorská, Dobšinská Ice and Ochtinská Aragonite).

Ice caves and more in Slovakia

Every cave administered by the SSJ is unique.

The most visited and possibly the most beautiful cave is the Demänovská Cave of Liberty (northern Slovakia), with its majestic domes, hundreds of stairs and a roaring stream inside.

“I’ve been in a cave before, but it wasn’t as fabulous as this one,” said Francesca Orr, a tourist from Manchester, Great Britain.

More typical examples of extensive halls decorated with white sinter and huge stalagmites can be found at the Belianska Cave in the High Tatras or the Harmanecká Cave in central Slovakia. 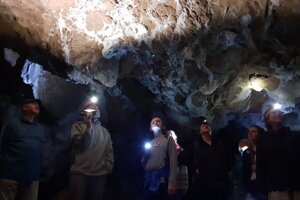 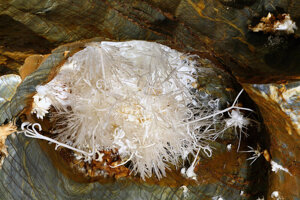 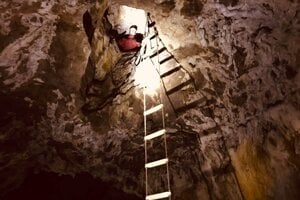 There was an explorer at the beginning