BRATISLAVA’s Old Bridge is currently being reconstructed, as its lack of stability was already threatening to crossing vehicles as well as pedestrians. It had to be dismantled. 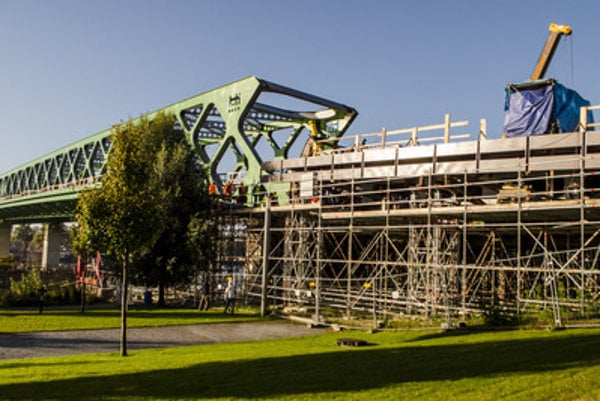 With ongoing reconstruction, the structure of the Old Bride spanned the Danube in the early hours of October 24.

The bridge is to be completely assembled in early December and tram line No. 1 will be able to travel across it from the Main Station to the borough of Petržalka in January 2016, Bratislava mayor Ivo Nesrovnal told the TASR newswire.

“The bridge structure doesn’t end above the river but rather on the Bratislava [Old Town] side,” Nesrovnal said, adding that the structure is now missing only four metres that are to be built on the shore. 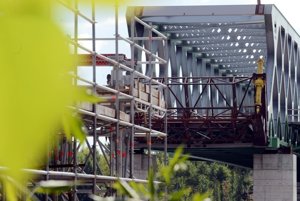 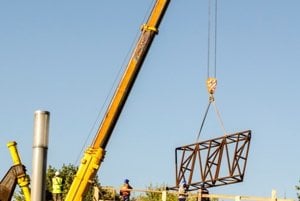 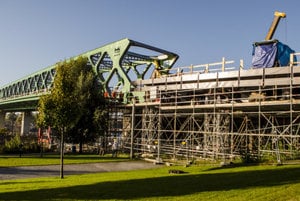 Reconstruction of the Old Bridge nears and end (6 photos)

Peter Tekel, in charge of the bridge’s construction, said that the most difficult sections are now completed but work is still continuing. Pillars on the Old Town side need to be finished and the artificial island that was set up to carry out work from the river level needs to be dismantled. The last step will involve installing 450 lights.

Initially, the works were to be finished by August but then the deadline was postponed to October. The city administration then agreed on a final deadline of December 15.

Tekel said that the works are on track for the deadline to be met. If not, the City stands to lose more than €20 million from the EU funds that are conditioned by this deadline. “The day when we are able to walk across the bridge for the first time will depend on the final building approval, but we will able to do so in January [2016] for sure,” said Nesrovnal.

Bratislava's chief traffic engineer Tatiana Kratochvílová added that works on Štúrova Street, which leads from city centre to the Old Bridge, are also soon to be finished. Works on pavements, tram tracks, and a tram stop in front of Comenius University are being finished.

A consortium led by Eurovia SK is carrying out the works worth €58.8 million (without VAT). The project is co-financed by the European Union (85 percent), the state (10 percent) and the city of Bratislava (5 percent).