Slovakia responds to the attacks on Paris

MORE intensive controls at borders, at reception centres, at important strategic buildings and also at mass sport and cultural events – these measures have been adopted by the Slovak government in response to the November 13 terrorist attacks in Paris. 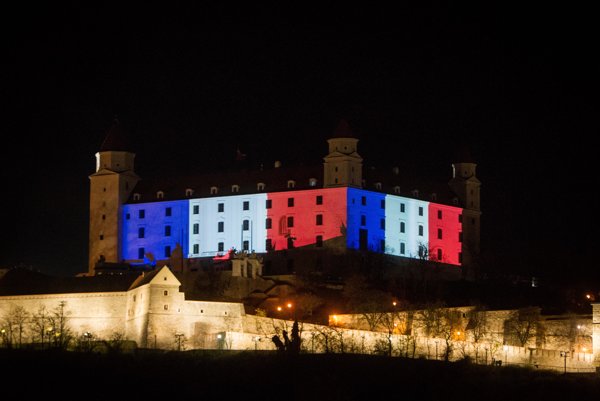 Though Slovakia is not threatened with any direct attack, it does not mean that the government underestimates it, Prime Minister Robert Fico told the press in response to the November 13 terrorist attacks in Paris which claimed, according to some sources, at least 128 lives and dozens of injured. He added that Slovakia’s safety remains the priority of his government.

“Our duty is to calm down the situation, but we will not ignore the security risks,” Fico said, as quoted by the SITA newswire. “We will do everything we can to protect our citizens.”

Slovakia has meanwhile adopted several preventive security measures. Security forces have intensified their activities on the Slovak borders, especially with Ukraine and Hungary, and also at reception centres in eastern Slovakia and at the refugee camp in Gabčíkovo (Trnava Region).

Slovakia is also monitoring the Muslim community and extremist groups, the risks of potential radicalisation and will intensify the security measures at mass sporting and cultural events, or near important facilities, like nuclear power plants and foreign representation offices in Slovakia, SITA wrote.

“We have been saying for several months that the security risks linked to migration are huge,” Fico said, as quoted by the TASR newswire. “We will only continue in everything we have done in this field. We can expect even bigger mobilisation of security forces.” 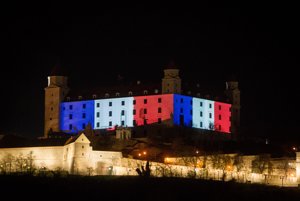 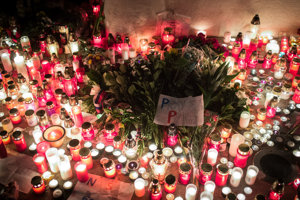 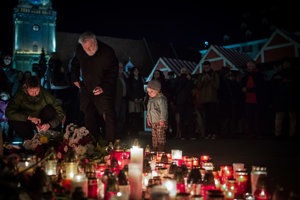 Slovakia responds to the attacks on Paris (3 photos)

Fico also promised that the Security Council will meet permanently, as there may be some situations to which they will have to respond. The country will adopt measures based on the development of the situation, he added.

According to his information, no Slovaks were killed in the attacks. France has meanwhile asked Slovakia for help identifying the weapons used, as well as the attackers, based on fingerprints, reported SITA.

Meanwhile, several Slovak representatives have sent their condolences to France. President Andrej Kiska said that Europe needs even greater integrity and real action after the attacks. Terrorism will never ruin democracy and freedom in Europe if it is able to collectively and resolutely protect its values, he added.

The president also expressed his deep sympathy to France.

“We are shocked, we are sad and we are outraged,” Kiska said, as quoted by TASR. “Terrorists have again been killing people in Paris to spread fear and hatred among us in Europe. To spread evil and chaos.”

Foreign Affairs Minister Miroslav Lajčák also expressed “strong exasperation and fiercely condemns the series of perfidious terrorist attacks in Paris” and sent his condolences to the families of the victims.

“We also express our solidarity and full support of France in fighting terrorism,” reads the official statement. “The ministry hopes that the initiators and the persons responsible for planning and carrying out these cowardly attacks will soon be identified and put to court.”

No Slovak citizens have approached the ministry or Slovak Embassy in Paris with requests for assistance yet, the ministry claimed. Moreover, the ministry has already contacted Slovaks staying in Paris.

It also warned Slovak citizens of the enhanced security measures in France and Corsica, adopted after the terrorist attacks. France declared a state of emergency, and there are more intensive controls on all entrances to the country, as well as at the airports and railway stations, SITA wrote.

The ministry recommends all Slovaks currently staying in France to observe any given instructions, watch local news and in case of emergency contact the Slovak representation in the country.