Olympic winner Anastasiya Kuzmina may end up on the street

A ROW has broken out about the flat in Banská Bystrica that is home to Olympic gold medal winning biathlete Anastasiya Kuzmina, and there is a threat that she and her family may have to move out, the Pravda daily reported on December 17. 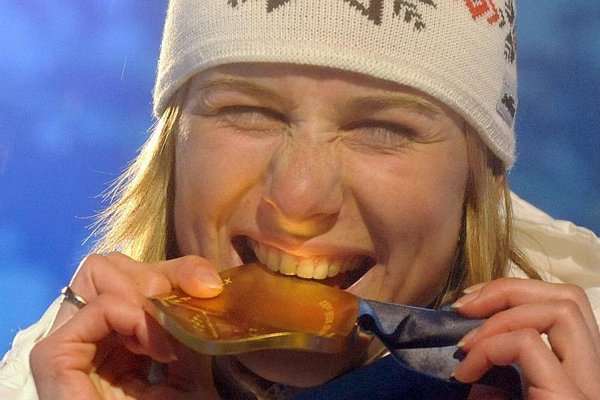 It was generally reported five years ago that Kuzmina had been gifted the flat after winning a gold medal for Slovakia at the 2010 Winter Olympics in Vancouver, but the company that actually owns the property claims that Kuzmina has failed to observe the conditions according to which she would have been given the flat this year.

Kuzmina was granted honorary citizenship of Banská Bystrica after the Vancouver Olympics and was also given the choice of a flat or a plot of land on which to build a house. She chose the former, but the four-bedroom flat that she and her family moved into wasn't actually given to her. 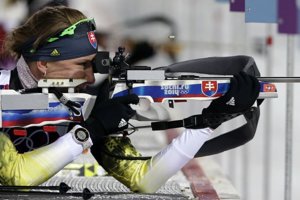 Instead, a special rental contract was drawn up by the flat’s owner, developer VAV invest. According to this agreement, Kuzmina was supposed to carry out advertising on behalf of the company for a period of five years, after which she would be given the flat outright.

However VAV invest is now claiming that Kuzmina has failed to keep to her side of the bargain. The company asserts that she has not carried out any advertising activities for it for the past two years and did not respond when the firm reminded her of her obligations, Pravda wrote.

The company has now stated that it is cancelling the agreement, and is taking the matter to court, demanding a sum of €20,000 from the biathlete.

Meanwhile, VAV invest executive manager Peter Valach claims that Kuzmina can avoid the court case if she signs another contract with the firm. She will receive a copy of this by Friday, December 18.

Anastasiya’s husband Daniel Kuzmin claims that the family is being treated unfairly.

“We didn’t knowingly break the contract. We have never had any problems with any [commercial] partners except this one, and we have many of them,” Daniel Kuzmin said, as quoted by TASR. “Please, let a court decide whether or not we’ll have to pay €20,000 for failing to observe the contract conditions.”

He went on to say that he and his wife wanted to come to an agreement with Valach, but he hasn’t found time for them recently and hasn’t answered the phone or responded to SMS messages.

“We suggested buying the flat, but he wouldn’t agree to this,” said Kuzmin, as quoted by TASR.

Kuzmin added that both Banská Bystrica and Slovakia could be portrayed in a bad light if the family of Slovakia's most successful winter athlete is threatened with expulsion from their home.

Valach has countered this by claiming that on one hand Kuzmina has been complaining about how difficult it would be for her family to pay €20,000, while on the other her husband has been abusing his wife’s status in Slovakia by threatening to go to the media if VAV invest didn't sell the family the flat for no more than €90,000.

Kuzmina belongs to Banská Bystrica Military Sports Centre. It is not clear how the local authorities in Banská Bystrica or the Defence Ministry, under whose remit the sports centre belongs, will respond to the situation, although both have indicated that they are aware of the problem.