Finding a new home in Slovakia

Foreigners moving to Slovakia must start planning their journey much earlier than packing their suitcases. 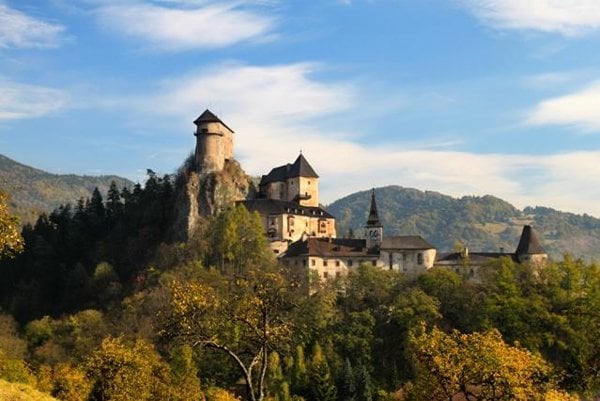 Orava Castle is one of the most impressive castles in Slovakia. (Source: Michal Glonek)
Font size:A-|A+  Comments disabled

Banks in Slovakia with web pages in English

If they want to avoid potential difficulties, they should prepare all necessary documents and arrange several things in advance and then report to the respective authorities as soon as they arrive in the country, the experts in relocation recommend.

They stress that not only nationals from countries outside the European Union, but also EU residents should find information before moving here.

“Foreigners from non-visa countries are often wrong when they think that if they do not need a visa and request a stay in Slovakia, they can be here without limitations,” Ivona Demáčková from Pro Relocation company told The Slovak Spectator.

After having obtained a job or a course of study in Slovakia, it is advisable to search for due accommodation. The quality of the rental market and the availability of temporary housing have been improving, but it still may not reach the level of housing offered by some other developed countries; the perception of what standard means can vary, as well. Many of the villas and houses in Slovakia are not furnished, while most apartments are rented with furnishings included. For those outside the EU who wish to bring their own furniture, it is advisable to stay in Slovakia for two years at least and have a residency permit, so that they can avoid having to pay duties. It usually takes four to five weeks to obtain it from the foreign police, Jeremie Cohen from AGS Bratislava International Movers told The Slovak Spectator.

Slovakia has had a rich history in red tape – since the Austro-Hungarian Empire, in fact – and moving here from a foreign country means a lot of paperwork. However, the conditions for a citizen of the EU, the European Economic Area (EEA) or the Swiss Confederation versus those for citizens of other countries differ quite markedly. Another decisive aspect is the intended length of stay in Slovakia, of which there are three categories: temporary residency (more than 90 days), or permanent residency (for a duration of five years, for an unlimited period of time, or the stay of third-country national with acknowledged status of a person with long-term stay in the EU, i.e. long-term residence). The third type of stay is the so-called tolerated residence which applies to third-country nationals under special conditions and is temporary by definition.

For inhabitants of the EU/EEA member states and the Swiss Confederation, the rules are the simplest. For temporary stay, they have to announce their place of residence, and if they intend to be employed here, also to register this with the labour office (their employer can do this for them). If they intend to stay in Slovakia for longer than 90 days, they should report this with the Alien Police, confirming their address and the purpose of their stay. To stay in Slovakia for longer than 90 days, there should be a specific purpose stated, such as employment, study, research, family reunion, or to stay as a person with granted status of a Slovak living abroad.

The documents necessary to register residence with the Alien Police (within 10 days after arrival in Slovakia) for an EU citizen include a passport or other ID document; a written statement or work contract from the employer if they intend to be employed; a document confirming self-employment, if applicable; documents or other evidence proving the applicants have enough resources for themselves and their family; and a document proving health insurance. If necessary, the applicants must submit further documents proving they are going to study in Slovakia and have enough resources to do so, or documents proving family ties of accompanying family members, all of which must be officially translated and notarised.

If the EU/EEA citizen comes to Slovakia for the purpose of employment, the employer is obliged to notify the local office of labour, social affairs and family within seven days of the start of the employment by sending a so-called information card, according to the slovak-republic.org website. Students wishing to stay in Slovakia must prove they have enough finances to pay for their health insurance, which is obligatory in Slovakia, and support their stay.

The first permission for permanent stay is granted for five years, and the Alien Police must decide within 90 days after the application submission, and within 180 days in complicated cases. The next permission can be granted for an unlimited period of time. The application for the next permission must be submitted by the foreigner personally, on an official form at a police department, 60 days before the first permission elapses at the latest. The permission can be, however, cancelled by police under certain conditions, or expire, as stipulated by law.

A third country national must enter the territory of Slovakia within 180 days after having been granted temporary residence, the International Organisation for Migration (IOM) writes on its website. Within three working days from their arrival in Slovakia, the third country national must report the beginning of their residence at the Alien Police, and within three working days from obtaining the residence document he or she has to secure a health insurance policy. Within 30 days from obtaining the residence document, it is also necessary to submit at the competent Alien Police department a document on health insurance in Slovakia and a medical report not older than 30 days confirming that the third country national does not suffer from any disease endangering public health. In case of temporary residence for the purpose of business, the foreign national must also submit a Commercial Registry Extract within 60 days from collecting the residence document, according to IOM.

Even if already having started the due procedures from the country of origin, all foreigners must report to the Alien Police within three days after they arrive, Demáčková said. When striving to get a permit for permanent residence, the place of stay must be confirmed by a rental contract, an official invitation, or in any other written form. 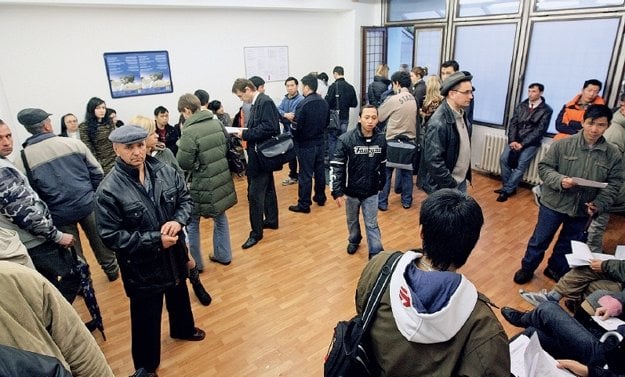 To apply for a residence permit for a stay longer than 90 days – i.e. temporary or permanent residence – foreigners have to go to the next department of Alien Police and bring: a filled-in form of reporting a residence, completed in Slovak, available in seven languages at minv.sk/?pobyt-cudzinca; a criminal background check; an ID/passport; and a work permit or a work statement. Most foreigners have also to report with the Alien Police if they leave Slovakia for abroad for longer than 180 days or leave their stated place of residence for more than 30 days within five days.

Some information on arriving to Slovakia and on the conditions necessary for a longer stay can be also found at the Foreign Ministry’s website (mzv.sk), also in English. 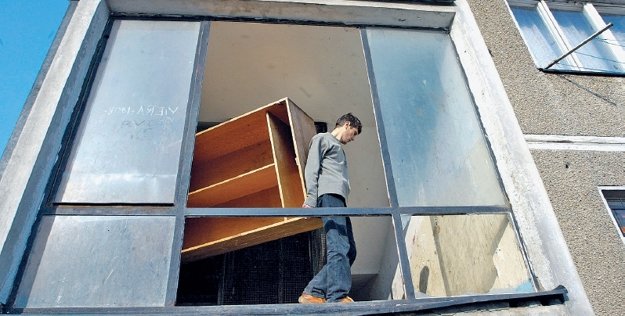 Nationals of third countries generally need a visa to stay in Slovakia, but it is recommended to check at the due Slovak consulate in their home country. Visa applications can be filed three months prior to the planned trip at the earliest, and granting the visa may take between 15 and 60 days. Citizens of countries in the Schengen area do not need a Slovak visa. The rules surrounding visas to enter the Schengen area can be found at ec.europa.eu/immigration.

Foreigners can get help

Foreigners who are busy or who need to concentrate rather on business issues than on the arrangements concerning their stay in Slovakia can turn to relocation companies specialising in procuring all documents, accommodation and other pre-requisites, as well as facilitating the first steps and getting accustomed in a new country. Among the most frequent questions foreigners ask are the living costs, the location of schools or places to meet other foreigners, information about medical assistance, or the attitude to foreigners, relocation companies say. They can also help with moving in family members, including pets, finding out about Do’s and Don’ts, insurances, available health care, schools, driving licences, expats’ clubs, religious services in foreign languages, and more.

Those already coming to Slovakia still complain about the heavy administration process which requires many documents to be certified by a notary, Cohen and Demáčková agree. Another problem is the Border and Alien Police, especially in Bratislava, Demáčková said.

Though it may sound contradictory, the situation at the Border and Alien Police in Bratislava has improved in past 10 years, though minimally, she added, stressing it would be good if the Interior Ministry allocated some money for this facility. 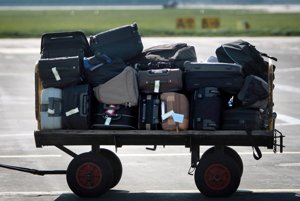