Bratislava is the sixth richest region of EU, but…

A closer look at the indicators behind the statistics paints a different picture. 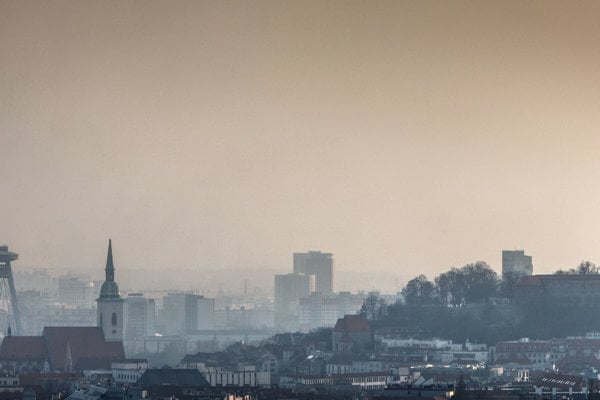 The Bratislava region repeatedly places high among EU statistics of the richest regions, but analysts warn that when interpreting such positive results, indicators based on which the ranking is based should be taken into consideration and the whole picture should be painted.

Eurostat, the statistics office of the European Union, published a report in late February. Based on this report the region of Bratislava placed sixth overall with 186 percent of the EU average when regional GDP per capita, expressed in terms of purchasing power standards for 2014, was taken into consideration. Inner London - West in the UK placed first with 539 percent, followed by the Grand Duchy of Luxembourg (266 percent), Brussels in Belgium (207 percent), Hamburg in Germany (206 percent) and Inner London - East in the UK (204 percent). The Bratislava region surpassed the region of Prague, which placed ninth with 173 percent and even Vienna which finished 17th with 158 percent.

“Placing of Bratislava is, in our opinion, overrated due to several reasons,” Michal Habrman, analyst of the Institute of Financial Policy (IFP), a governmental think tank at the Finance Ministry, told The Slovak Spectator.

Radovan Ďurana, an analyst at the think tank Institute for Economic and Social Studies (INESS), according to whom the statistics regarding wealth of regions should be taken with a pinch of salt, agrees, citing especially the kind of indicators evaluated behind this statistical phenomenon.

“Alas, Bratislava, that appears richer than it is in reality, is paying for this when it does not have the right to draw EU funds,” Ďurana told The Slovak Spectator.

The analysts point out that the Bratislava region’s GDP includes also activities of those companies that have a headquarters in the capital, but conduct many activities also in other regions. Ďurana also mentions that when the biggest carmaker in Slovakia, Volkswagen Slovakia, sits in the Bratislava region but belongs to VW, this makes an impression that the region is extremely rich. As a consequence almost 30 percent of Slovakia’s GDP is created in Bratislava, which is more that Prague’s share on the Czech Republic’s GDP. Thus the reason why in this comparison Bratislava has a better position than Prague.

Habrman and Ďurana further point out that the method of calculation via purchasing parity does not take into consideration price differences between Bratislava and the rest of Slovakia, when costs of living in Bratislava are higher, especially due to higher prices of housing and some services. If the regional GDP per capita is not expressed via purchasing power, that of Bratislava would be about 123 percent of the EU average, according to Habrman.

The IFP analyst also referred to the significantly underestimated number of citizens of Bratislava when a large amount of people who actually live and work in the Bratislava region, have their permanent residence registered somewhere else.

“Then when the GDP is calculated per registered persons in the region, the final indicator of GDP per capita is exaggerated for Bratislava,” said Habrman.

Moreover, Eurostat itself notes in the report, that in some regions the GDP per capita figures can be significantly influenced by commuter flows.

“Net commuter inflows in these regions push up production to a level that could not be achieved by the resident active population on its own,” wrote Eurostat in the news release. “There is a corresponding effect in regions with commuter outflows.”

Habrman added that this factor is common for regions consisting only of the capital and close vicinity like Bratislava, London, Brussels, Vienna, Prague or Bucharest.

Katarína Muchová, analyst at Slovenská Sporiteľňa, also points out that the GDP per capita speaks about the economic activity, but does not measure the income available to households in a given region or country.

Economist Vladimír Baláž from the Institute for Forecasting of the Slovak Academy of Sciences points out that GDP can be evaluated from various viewpoints. For instance, when a country’s GDP is calculated by using the income approach, it indicates what portion of GDP ordinary people enjoy. In such a case the country’s GDP consists of two main items: wages of employees and profits of businesses. Baláž specified that in Slovakia the portion consisting of the share taken by businesses is very high compared with other European countries when it amounts to almost two thirds. The part taken by employees is only one third.

“Across Europe, except Romania, it is vice versa,” Baláž told The Slovak Spectator, explaining this with profits of multinational companies having their headquarters also in Bratislava, yet these profits are being exported in the form of dividends. Thus he admits that in general the GDP created in the Bratislava region is high, but common people do not enjoy it.

The main message of Eurostat’s statistics about regions of the EU is, according to Baláž, that Slovakia’s economy is extremely dependent on foreign investments and foreign trade, while what can be done in the future is to try to draw to Slovakia more sophisticated production which would mean higher remuneration of workers.

“In spite of its imperfections the ranking [of regions] represents the best available way for comparison of regions according to their economic performance,” said Habrman, adding that it enables identification of which regions are poor, average and rich, while the Bratislava region is by its economic activity well-above the EU average.

But in the case of Slovakia, for Habrman it is rather interesting to see a significant difference in economic activity of the regions of eastern and western Slovakia that ended with 53 and 72 percent of the EU average, respectively. For central Slovakia Eurostat reports 61 percent.

Muchová of SLSP agrees, pointing out that Slovakia’s regions except for Bratislava finished below the EU average and that the regional disparities have not only sustained, but even grown, especially between that of Bratislava and eastern Slovakia.