Members of Kotleba's party include those charged with hate crimes, a policeman, a teacher, and a doctor. 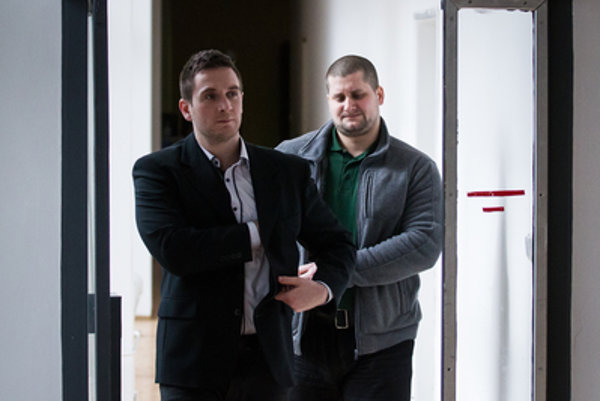 PEOPLE who were until now rather monitored and sometimes briefly detained as participants of extremist meetings will now sit in Slovak parliament. Fourteen MPs of the People’s Party-Our Slovakia (ĽSNS) chaired by Marian Kotleba will be protected by parliamentary immunity and they can also express their views and stances in the National Council.

The prospective fourteen ĽSNS MPs includes the governor of the Banská Bystrica Region (BBSK) Kotleba and his brother Martin, as well as his BBSK colleagues (mostly also his party colleagues who share his views) Martin Beluský, Rastislav Schlosár, and Milan Uhrík, the etrend.sk website wrote on March 7.

The slate includes also controversial actor Rastislav Rogel, former singer of Neo-Nazi bands Krátky Proces and Juden Mord, who faced charges for the crimes of rioting and misdemeanour of support and promotion of groups fighting for repression of fundamental rights and freedoms; but he was acquitted by the Regional Court. He was on lower positions in the slate, however, and he did not make it to parliament.

People active in public administration are also on the ĽSNS slate, like city policeman Stanislav Drobný and teacher Stanislav Mizík, as well as self-employed or business people. Number 11 on the slate is Bratislava-based doctor Natália Grausová, famous for her statements belittling the responsibility of politicians representing the war-time Slovak State, a satellite of Nazi Germany, and their role in deportations of Jews from the country. In her comments, she put the blame rather on political development and Germany itself, as quoted by the TASR newswire, in a speech delivered at one of the celebrations of the Slovak State, attended by Neo-Nazis from Bratislava. More than anything else, Grausová deems herself a Slovak patriot.

Chariman Kotleba is himself known for racist speeches directed against Roma; he was charged with the crime of support and promotion of groups fighting for repression of fundamental rights and freedoms, but prosecution was stopped by the Bratislava District Prosecutor’s Office.