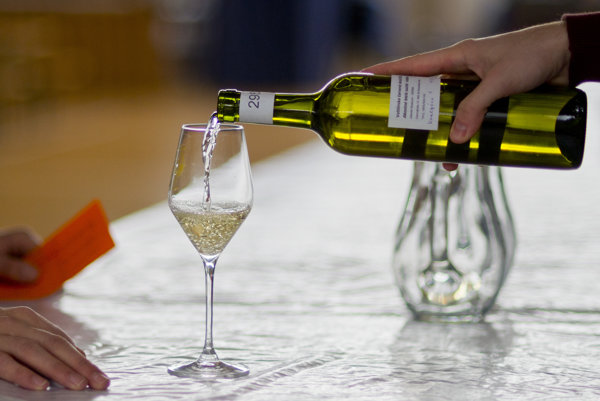 Slovakia’s winemaking has once again found success when Slovak winemakers won the third highest number of gold and silver metals out of foreign participants at Vinalies Internationales Paris, considered to be the most prestigious wine competition in the world. Altogether they earned 18 gold and 37 silver metals, the highest number so far, the Pravda daily reported.

“The competition Vinalies Internationales Paris is known for objective and unprejudiced evaluation,” said Edita Ďurčová to the Pravda daily. She represented Slovakia at the 130-member jury but also contributed to production of one gold-awarded wine when she cooperated with Milan Pavelka in production of Cuvée Pinot 2014. “During five tasting days I did not have any Slovak wine in the commission. It was colleagues-tasters from 33 countries who gave high evaluations to Slovak medal holders.”

The 22nd edition of Vinalies Internationales Paris took place between February 26 and March 1. This year was strong in terms of competition when 38 countries sent a total of 3,441 wines. Among them, were 192 wines from 43 Slovak winemakers.

Slovaks succeeded with typical central European varieties like Veltlínske Zelené or Rizling Vlašský but also with Pinot with multiple colour variations. Slovakia succeeded especially in the category of white wines when winery Mrva&Stanko represented Slovakia well and won three gold medals. Chateau Topoľčianky and Martin Pomfy from Vinosady each won two gold medals and five silver medals. The young generation of winemakers showed off too, when brothers Lukáš and Matúš Berto from Strekov sent two wines to Paris and both won gold. High hopes were pinned also on young Daniel Šimonovič from Modra, whose wines found success with one gold and one silver. Jaroslav Ostrožovič again confirmed that Slovak Tokay wine belongs to the world's top class. Other awarded winemakers included Peter Matyšák (one gold and five silver medals), Juraj Zápražný and Roman Janoušek (one gold and two silver each), Pravda wrote.

This year of the competition showed that a new ambitious and talented generation of winemakers is taking hold in Slovakia.

“As students we looked at Paris as at an Olympus, that is let only to the biggest Slovak stars and now we seized it during the first attempt,” said Lukáš Berta as cited by Pravda. “It is an excellent feeling but especially a huge commitment in order that our wines meet the big expectations of Slovak wines’ fans.”

The success of Slovak wines in Paris means a upgrade to the reputation of Slovakia as a wine-making country.

“If we repeat it [the success] several times, the world starts being interested in Slovak wines and our winemakers can receive orders also from foreign merchants interested in specialities,” said Vladimír Mrva of Mrva&Stanko.