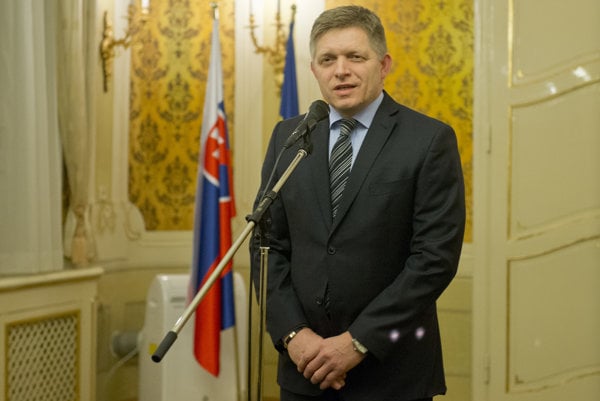 Representatives of Smer, the nationalist Slovak National Party (SNS) and two rightist parties Most-Híd and Sieť reached an agreement on March 14 regarding programme priorities of the possible future cabinet after more than eight hours of negotiations. They plan to sign a complete draft of programme priorities on Tuesday, March 15.

“The result is a draft of programme priorities that is complete, said Fico as cited by the SITA newswire, adding that they did not negotiate any personal questions nor division of positions. “We discussed programme intersections. We did not find any such themes that would divide us.”

Fico hopes that they will approve the priorities on Tuesday morning and continue with negotiations concerning the future government. 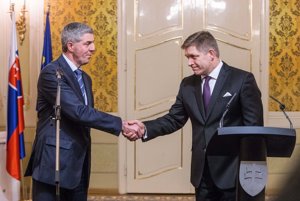 Read also: Sieť and Most inclined to government with Smer, SNS Read more

The negotiations of delegations led by chairmen of the Smer, SNS, Most-Híd and Sieť parties was initiated by Prime Minister Robert Fico, whom President Andrej Kiska authorised to form the new government.

Division of seats in cabinet

If the cabinet remains to consist of 15 seats, Smer should nominate seven members, SNS and Most-Híd should nominate three each and Sieť two members, SITA reported. Reportedly Smer insists on holding, apart from the seat of the prime minister, also the positions of ministers of interior and finance, leaving Robert Kaliňák and Peter Kažimír in their current places. The position of the foreign affairs minister should remain Smer’s with current minister Miroslav Lajčák retaining the post.

SNS should get the Defence Ministry. This party as well as Most-Híd show interest also in one of the economic ministries and thus they may get either the post of the economy minister or of the transport minister. The party of Béla Bugár might nominate Ivan Švejna to this post.

Based on the same information SNS is interested in the position of the speaker of parliament.

In response to the start of the negotiations about the future cabinet, in which Sieť was involved as well, former Sieť vice-chair Miroslav Beblavý, another Sieť vice-chair Katarína Macháčková and Simona Petrík said that if Sieť signs a coalition agreement with Smer, they will leave the party.

“Coalition talks related to forming of a cabinet led by Smer are, according to us, representatives of Sieť, not only in violation of clear pre-election commitments but also promises that we all have given,” said Beblavý at a press conference on March 14.

Even in case Beblavý, Macháčková and Petrík leave, the new cabinet of Smer, SNS, Most-Híd and Sieť will have large enough support in the 150-seat parliament, 82 seats, as it needs at least 76.