SLOVAK civic and machine engineer Ján Bahýľ, who had almost 20 technical patents, invented the helicopter. Together with Anton Marschall, they created the first petrol-powered automobile and car battery in Slovakia. 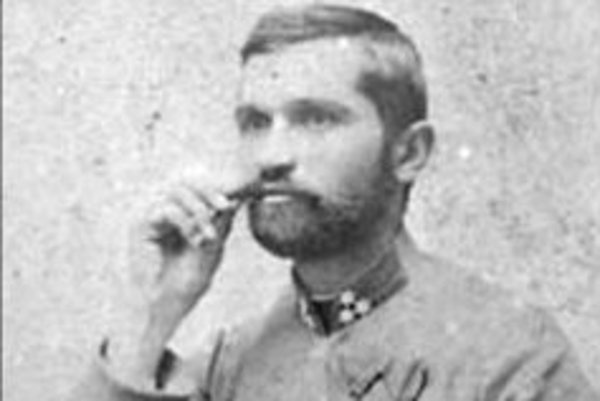 He died 100 years ago in Bratislava.

Bahýľ was born in Zvolenská Slatina on May 25, 1856. After graduating to be a technical draughtsman at the Mining Academy in Banská Štiavnica, he was drafted to the military, deployed first in Lučenec and then in Kežmarok. There, he filed several technical improvements which drew the attention of his superiors.

He was transferred to staff where he was in charge of the technical aspects of the Austro-Hungarian army. He also studied at the military academy in Vienna – specialising in military fortifications – and e the rank of lieutenant.

Then, Bahýľ served as a military builder in Lvov Ukraine, in Krakow Poland, then again in the Ukraine – in Kharkov and Kiev, and in St. Petersburg in Russia where he worked on blueprints of military buildings and fortifications.

He implemented some of his inventions for which he got patents from the Austrian emperor. He financed the invention of the steam tank from his own pocket. After he presented it successfully to the Russian army milieu, the Russians bought the armed weapon and the talented technician got enough resources to realise more of his technical ideas.

Between 1892 and 1895, he worked in then Yugoslavian Trebenik; he constructed soaring balloons combined with air turbines in 1894, successfully tested and patented them. His main intention was to construct a helicopter with two levels of four-blade rose-like propellers fuelled by petrol. He finished it in Bratislava.

Bahýľ received patent document No. 3392 for a helicopter from Emperor Franz Joseph I. on August 13, 1895.

The helicopter, with an improved design. made it in the air several times in 1901, to the height of half a metre. In 1903, it made it to the height of 1.5 meters and on May 5, 1905, the inventor flew 1,500 metres in his machine at a height of four metres in Bratislava. This attempt was also registered by the International Balloonist Organisation, the TASR newswire wrote.

Inventor and constructor Ján Bahýľ died on March 13, 1916 in Bratislava, at age 59. He is buried at the Evangelical Cemetery at Kozia brána (Goats’ Gate) under the tombstone he designed himself.

Since 1999, the Slovak Industrial Property Office awards the Ján Bahýľ prize aimed at motivating creativity and inventions in the country. The award is meant for Slovak originators and owners of especially valuable industrial and legally protected solutions.