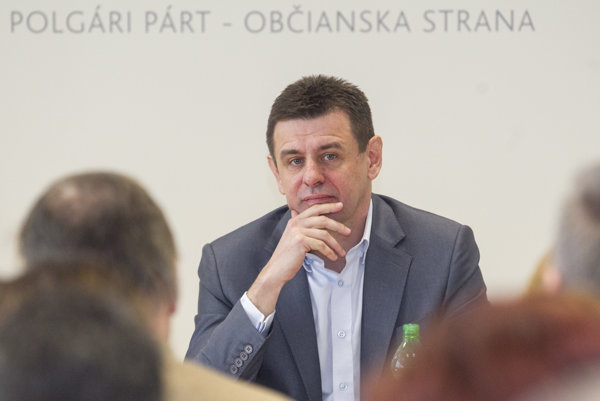 Starting in the Party of Hungarian Coalition (SMK), he was the head of district organisation in Bratislava and member of its Republican Council.

In 2009, he left the party as one of the renegades around Béla Bugár to co-found Most-Híd, the party of Hungarian-Slovak reconciliation. He is also vice-chairman and member of the Republican Leadership of the party. Since 2010, he has been a Member of Slovak Parliament for the party and head of the Most-Híd caucus.

Solymos is also a businessman.

He is married and has three children.