The flight around the world made last year by Slovenian pilot Matevž Lenarčič on a plane made in Prievidza was about 42,000 km long. 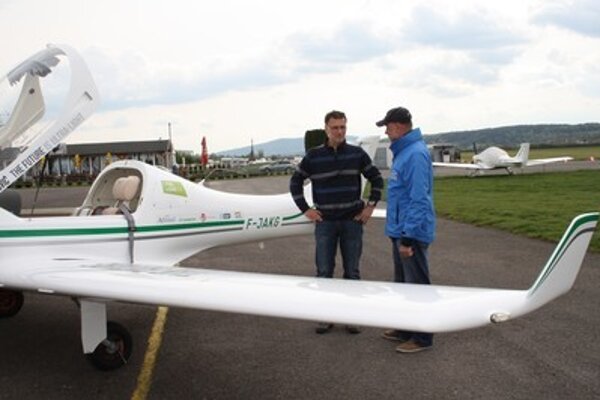 The trip started on March 25, 2015 and was meant to break the record for speed in flying around the world in a plane under 1,000 kilograms. “It was not a world record, we missed it by three days due to US bureaucracy,” Lenarčič explained. “We were forced to make a break in Hawaii. But it was a pleasant flight anyway, sometimes demanding, of course, but the plane turned out to be perfect,” he said, according to the TASR newswire.

The Slovenian pilot, climber, environmentalist and adventurer opted for the flight westwards, across Atlantic, as the mission was to research air pollution with soot, which is the second biggest polluter globally and accounts for 40 percent of global warming. The team collected data on a Slovenian-produced device. “We were surprised by the results,” he said. “In some places we expected high pollution but it was not so intense; in other places, e.g. over the ocean where there is no industry, there was a huge space of polluted air. This means that pollution travels enormous distances, and not just a few kilometres.”

On April 25, 2016, Lenarčič landed in Prievidza, with the plane to undergo a servicing and maintenance. “You can fly round the world in several ways, but I chose the Dynamic plane, as we have known pilots who fly it and they praised it,” the adventurer said about his selection of transport means.

“This is the first time a Slovak plane managed to circumnavigate the Earth,” Ján Hrabovský, head of the company producing Dynamic, said, quoted by TASR. “There were several attempts by brave people but none of them managed to complete the route, always stopped in their efforts by bad weather.” 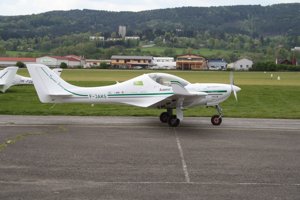 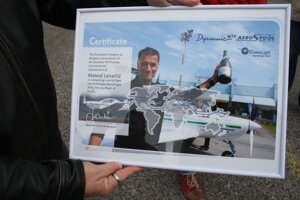 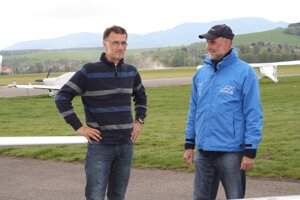