Bondra introduced into the Hall of Fame

The former forward became the seventh Slovak ice hockey player to receive such an honour. 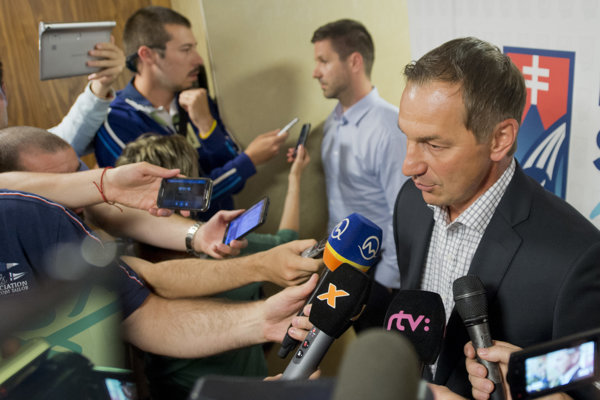 Legendary Slovak forward Peter Bondra was introduced into the IIHF Hall of Fame on May 22. He became the seventh Slovak to receive such an honour, the TASR newswire reported.

“It was very emotive for me,” Bondra said, as quoted by TASR.

Bondra scored 533 goals in the NHL and led the Washington Capitals to its only Stanley Cup Final appearance. He is also known for his winning goal which he scored only 100 seconds before the end of the final match against Russia at the 2002 IIHF World Championship in Sweden, increasing the score to 4:3. Thanks to the goal, Slovakia won its first gold medal since it became independent in 1993.

Bondra ended his professional career after the 2006-2007 season which he spent with Chicago Blackhawks. He served as a general manager of the Slovak national representation team and in the post attended four world championships.

When commenting on the recent performance of Slovaks at the world championship in Russia, he said that the team was playing the best it could.

“It is necessary to find positives also when being unsuccessful, and one of them was that many young players got experiences they do not obtain in their leagues,” Bondra said, as quoted by TASR.