A local tick-borne encephalitis infection broke out in Košice last weekend. Consumption of sheep cheese may have caused the problem. 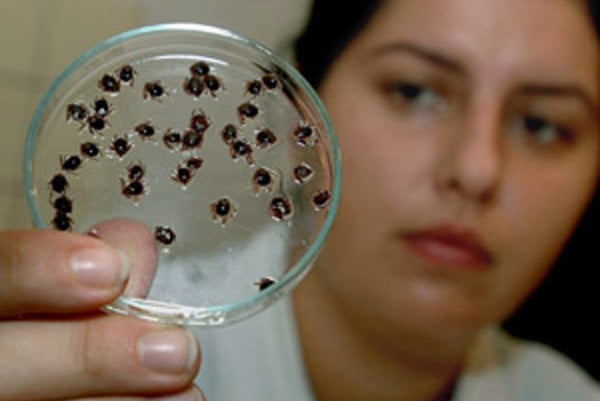 The number of people suffering from tick-borne encephalitis in Košice increased again on June 1. So far 27 infected patients have been hospitalised at the Infectology and Travel Medicine Department (KICM) of the Louis Pasteur University Hospital (UNLP) while another five are being monitored by doctors at outpatient departments.

“This number is not necessarily definitive, as the incubation period of the disease [between 7-14 days - ed. note] has not expired yet,” said Ladislava Šustová, the hospital’s spokesperson, as cited by the SITA newswire.

Some patients have been released from the hospital already while doctors have not recorded any complications in treatment so far.

A local tick-borne encephalitis broke out in Košice last weekend. Consumption of cheese produced from unpasteurized sheep's milk is said to have caused the infection.

Symptoms of this infectious viral disease come in two stages.

“The first presents as a mild flu, including a loss of appetite and intestinal problems,” explained Šustová. “After three or four days these problems fade and the so-called asymptomatic phase occurs, which can last up to 20 days. Then a second phase sets in abruptly, featuring high fever, persistent headaches, vomiting, sensitivity to light, a stiff neck and other symptoms characteristic of the involvement of the central nervous system.”

One of the most serious complications of the disease is meningitis.

“Such a mass outbreak of tick-borne encephalitis has not been recorded at this hospital for the past five years,” said Šustová.

In total, Slovak doctors diagnosed 88 cases of tick-borne encephalitis in Slovakia last year, 17 of which were found to be contracted via food. So far this year, except for the local epidemic in Košice, eight people have contracted the disease, none of them via food, Martina Merková from the Public Health Authority (ÚVZ) told the TASR newswire.