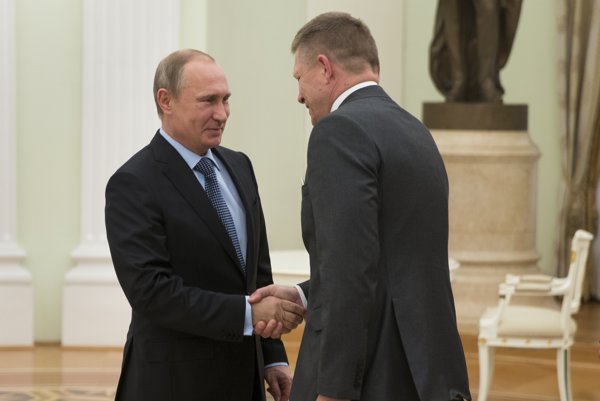 Slovak Prime Minister and Russian president Vladimir Putin spoke on the phone about bilateral economic relations regarding the upcoming presidency of Slovakia over the EU Council, the TASR newswire reported.

Fico also informed Putin about the priorities of Slovakia’s presidency and it was agreed to maintain contacts, TASS reported.

Fico also mentioned the phone call on his Facebook profile, criticising the ignorance of Slovak media, including the public-service ones. He explained that the interview took place as Slovakia wants during its presidency “to influence also the character of relations between the EU and the Russian Federation”.

As for other topics, the two politicians discussed several mutual projects.

“Russian Federation is an important economic partner for Slovakia, especially in the energy sector,” Fico said, adding that the Slovak government wants to maintain good relations with it.

They also talked about the upcoming match between the Slovak and Russian football representations at the EURO 2016 championship in France.