This regularly updated feature on beer and spirits in Slovakia includes tips on local production and regional variety.

Slovakia has a deeply-rooted wine-making tradition and is less known for its beer and spirits.

Nevertheless, this part of the tourism business has undergone a significant leap forward in recent years, with more progress to be expected. A recent boom in reviving old breweries and launching small, local breweries has made Slovakia a place of interest for beer lovers who are eager to travel to sample new or different flavours, and a return to growing traditional fruits has led to a revival of local distilleries. 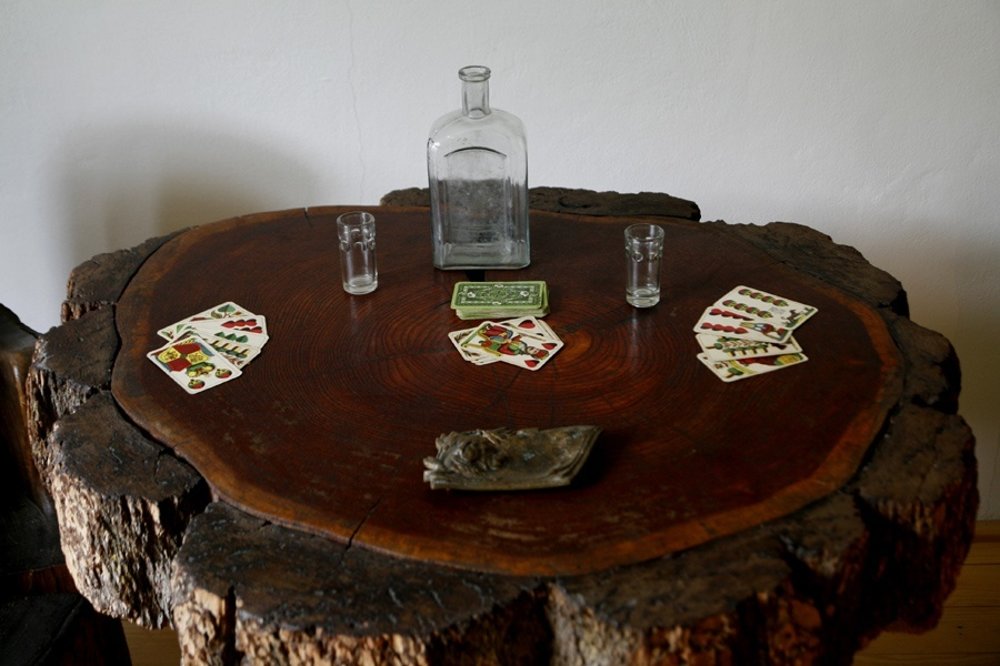 Local beer as a boon for Slovakia

Apart from large brewers, like Pivovar Hurbanovo (Heineken Slovensko) and Pivovary Topvar in Veľký Šariš (SABMiller), which account for some 80 percent of the market, there are also numerous small beer producers. The market share of independent breweries is estimated at just 5 percent, but it is growing. They offer unfiltered, unpasteurised beers, yeast beers, speciality ginger, vanilla, chilli, honey, fruit and coffee beers among other flavours. Numerous plans to open new breweries and brewpubs across the country show this trend is on the rise.

Beer and spirits in Slovakia

“Prospects for development of beer tourism in Slovakia are very good, especially because tourists are looking for something exceptional,” said Ladislav Kovács, the vice-chairman of the Association of Small Independent Breweries of Slovakia. He believes that a small brewery can provide exactly this: visitors can taste special, locally-brewed beers directly in the brewery while experiencing the atmosphere of the place where the beer is brewed. “[The beer enthusiast] is walking between tanks [and] production technologies, and is watching and tasting beer directly from the tanks, while guided by a local specialist.”

The Association of Hotels and Restaurants of the Slovak Republic (ZHR) also sees beer as a promising direction for local gastronomic tourism. Apart from tours of breweries, there are also offers for beer bathing and beer cosmetics, along with accommodation and trips into regions so far infrequently visited by tourists. 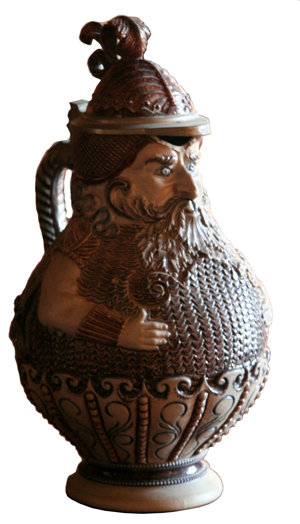 “Today thousands of tourists travel around the globe in search of regional culinary experiences,” said Soňa Hudecová-Podhorná, a media consultant with ZHR. “There are enough of those who want to get to know beer rarities, and they collect [experiences in] small breweries.”

Hudecová-Podhorná stressed that local meals and habits always play a role in this kind of tourism. ZHR considers beer tourism a promising trend which could bring to Slovakia a different clientele from those in search of spas, skiing, culture, business and other well-established activities. She added that even though the tradition of small breweries in Slovakia was disrupted – during communism, when all breweries were nationalised and during post-communism when international conglomerates bought up many Slovak-owned breweries – the industry has seen a gradual revival over the last few years.

“We have so-called restaurant breweries in various corners of the country,” said Hudecová-Podhorná. “This means that the interest of local, but especially foreign, beer tourists is well dispersed in parts of Slovakia which have otherwise not yet been discovered or whose image is not so strong.”

The Association of Small Independent Breweries of Slovakia was launched by four breweries: Urpiner, Kaltenecker, Golem in Košice and Perla in Banská Bystrica. Now there are about 40 restaurant and craft breweries across Slovakia, 19 of whom are part of association, and more are expected to come. Some of these breweries are quite new, established within the last few years by beer enthusiasts who grew bored with the unified flavour of beer made by large producers or by people who consider themselves to be picking up where the beer-making tradition left off.

Spirits with a Slovak flavor

Those with a taste for something a bit stronger can try local herbal liquors Demänovka or Tatranský čaj, or other traditional spirits like borovička or slivovica (juniper and plum brandy, respectively). They could also go to Hniezdne near Stará Ľubovňa to visit Nestville, a brand new distillery that enables visitors to witness the entire production process and offers an exhibition explaining distillation practices from the 13th century through today. Nestville is following the tradition of the oldest preserved distillery in Slovakia, dating from the 18th century.

Apart from large industrial distilleries, there is a tradition of local small distilleries that produce potent fruit spirits.

“When visiting a family in the countryside, there was always a bottle of [home-made] pálenka (spirit) being put on the table, like plum brandy, pear brandy, cider brandy, grape brandy or any other brandy made from the fruit of which the biggest harvest was that year,” Július Strnád from the Slovak Association of Farmers’ Distilleries told The Slovak Spectator. 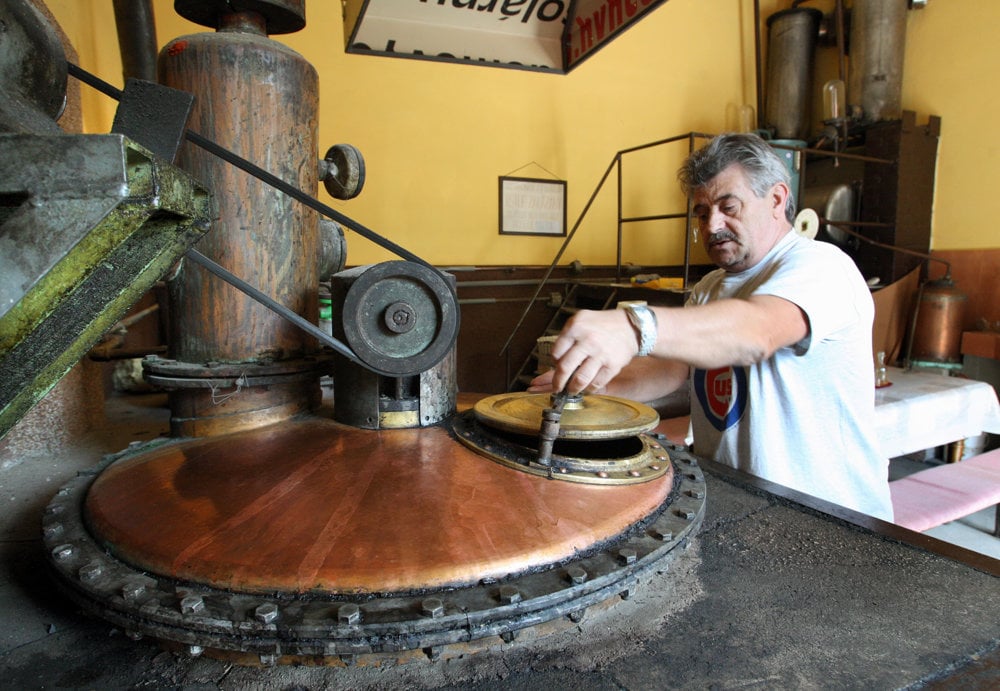 There are about 190 local small distilleries for the production of fruit spirits across Slovakia, with the most traditional found in western Slovakia. Small fruit producers bring their fermented plums, apricots, pears, apples, cherries and other fruits to be distilled. In the northern region of the country, plum, pear and cider brandy are common. In the south apricot, grape and cherry brandies dominate.

“What spirit dominates depends on which region is rich in what fruit,” said Strnád, who sees national competitions as a good place where tourists can taste local fruit spirits. They are held annually in Radimov close to Holíč, Dohňany close to Častá, Giraltovce near Prešov, as well as in Komárno and Myjava.

The Myjava region is particularly known for small local distilleries, especially for slivovica. While the tradition of these small distilleries declined after the fall of the communist regime, a recent increase in the practice of home-grown fruits is a boon for tourists, too. The region has identified the growing and processing of fruit as an enrichment of existing local attractions and launched the Kopaničiarska Ovocno-Destilátová Cesta, the Kopanice Fruit-Distillation Route. Visitors can see local orchards, drying facilities and distilleries. A good opportunity to taste local fruit products, including brandy, comes when you pop into the Gazdovský dvor, Farmer’s Yard or attend events like Koštovka páleného, the local annual exhibition of spirits held in May, and the Day of Plums held in September.

Beer and spirits in Slovakia