The 14th Dalai Lama, whose civilian name is Tenzin Gyatso, visited Slovakia between October 15 and 17. 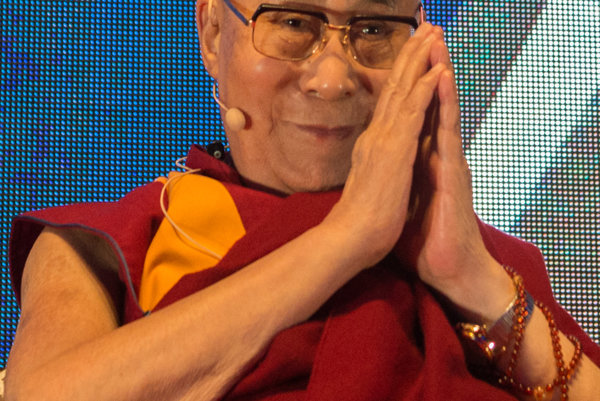 Apart from offering a public lecture at a sold-out NTC (National Tennis Centre) venue in Bratislava, the Dalai Lama also met with students of the Comenius University and had lunch with Slovak President Andrej Kiska. “I had the chance to meet the Dalai Lama again on this day, but for the first time as a president,” Kiska wrote on Facebook after the meeting. “I spoke with the supreme Tibetan spiritual leader about the need for understanding among people; about the fact that all religions are similar if they’re founded on love, forgiveness and empathy.” Kiska said that Buddhism is a philosophy of how we should all live.

However, the president was among the few top politicians who openly met with him. The politicians of the ruling Smer party were especially careful not to meet the man who was perceived as the Tibetan leader, although he said – also during the Bratislava lecture – the he has retired form the political position to focus more on religious and cultural messages. 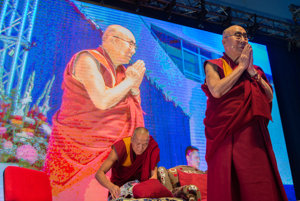 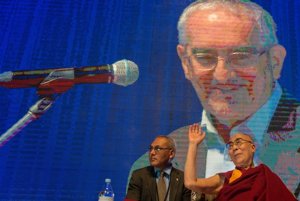 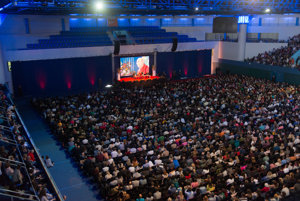 On the day of the lecture and lunch with the president, October 16, four Slovak politicians representing parliament (deputy speaker for Freedom and Solidarity-SaS Lucia Ďuriš Nicholsonová), opposition (Martin Poliačik of SaS), MEPs (Pál Csáky, for ethnic Hungarian SMK) and the only representative of the coalition (Frantisek Šebej of Most-Híd) met with the Dalai Lama. Šebej noted, as quoted by the Sme daily, that he does not represent the official governmental policy on this, but he opined that a person of such importance and strength deserves the government’s attention.

The visit, organised for the third time by Suzanne and Csaba Kiss of the At Home Gallery in Šamorín, also included meeting with students and representatives of the academic sector from Comenius University in Bratislava.  At the meeting at the Comenius University’s Faculty of Philosophy he said that the 21st century should be a century of dialogue. The meeting, called Moral Aspects of Education and Science to the Benefit of Humanism, was full of ideas stressing the need for respecting each other, for unity and for solidarity. People should learn to be empathetic and develop compassion, the Dalai Lama said, as quoted by the university press release.

The 14th Dalai Lama will be in Slovakia until October 17 as part of his tour around Europe. The next stop is Prague. The Dalai Lama has visited Slovakia three times (2000, 2009 and 2016). He received the Nobel Peace Prize in 1989.

The weekend event will have a political epilogue, it seems: the Chinese Foreign Ministry threatened an unspecified retaliation for Kiska meeting the Dalai Lama on October 17, the Reuters newswire wrote. Beijing considers the Dalai Lama, aged 81, a separatist pushing for the independence of Tibet.