The hands of fifteen sculptors and their helpers built an ice cathedral from 720 ice blocks in three weeks. 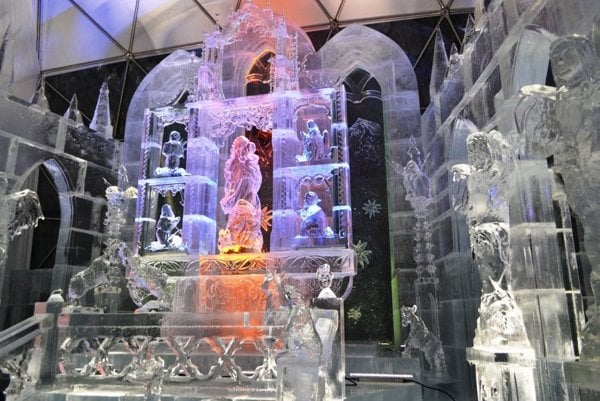 The fourth ice cathedral is one of the biggest built in the Tatras. The Gothic era ice church in Spiš has became an inspiration for sculptors.

“To build the cathedral we needed 90 tons of ice, which is 20 tons more than last year,” said Andrea Žigová, director of the District Tourist Industry Organization of the Region Vysoké Tatry. She added that the ice was delivered to Hrebienok in four trucks.

Sculptors were working daily from ten to twelve hours in minus seven Celsius degrees. The main constructor was the same as last year – Adam Bakoš. The innovation of this year’s cathedral are the artistic gothic windows made by designer and glass worker Achilleas Sdoukos.

The ice cathedral is decorated with an altar and sculptures of the Virgin Mary with Christ Child and with sculptures of other saints. The altar is patrolled by chamois and marmots.

The main attraction of the season is open daily from 9.00 to 16.30 but during the holidays the opening hours will be prolonged. Last year 218,000 people visited the ice cathedral, it was opened for 137 days and hosted five weddings and one official engagement. 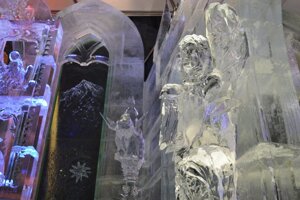 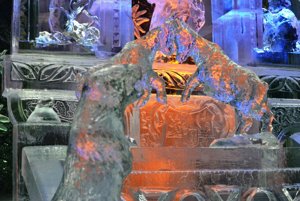 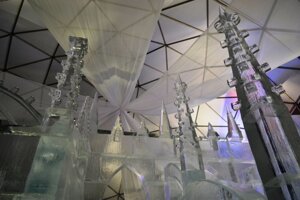 The source of article was published at spis.korzar.sme.sk, written by Jana Pisarčíková.