Fico: Slovakia did well presiding over the EU Council

The Slovak Presidency was indeed successful, Prime Minister Robert Fico said as he made his final report of the presidency in front of the press on January 2.

“It was successful in all dimensions and this success is not confirmed with our statements, but rather by all the top representatives of the EU, EU member states, and, what is important, there have been very positive responses in the media and even the Slovak opposition stated that it was a standard presidency,” Fico summed up as quoted by the SITA newswire. 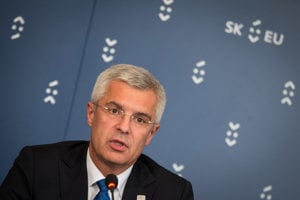 Fico highlighted the fact that the presidency saved over EUR14 million of the planned 70-million budget. According to him, the most important result of the presidency is that it started the “Bratislava process”.

“I believe the Bratislava process as such has already entered into the modern history of European politics because it has begun the process of EU self-reflection that was needed after the decision of the British voters to leave the EU,” Fico said as quoted by SITA.

Another highlight in Fico’s view was the shift in the approach to migration, particularly the concept of effective solidarity and he stressed that the EU needs to work on this concept, otherwise “it will have no effective tool to solve the problems that the migration crisis brings in 2017”.

Apart from that the prime minister mentioned the passed budget for 2017, the consensus that has been reached in respect to the Paris Climate Agreement, the Fontex border guards, and the agreement on free trade with Canada.

Slovakia presided over the EU Council from July 1 until December 31, 2016. It was the first time the country has held the rotating presidency.