How we spoke in Bratislava

Germanist Jozef Tancer wrote a book, Untangled Tongues, about the phenomenon of multilingualism in historical Bratislava. 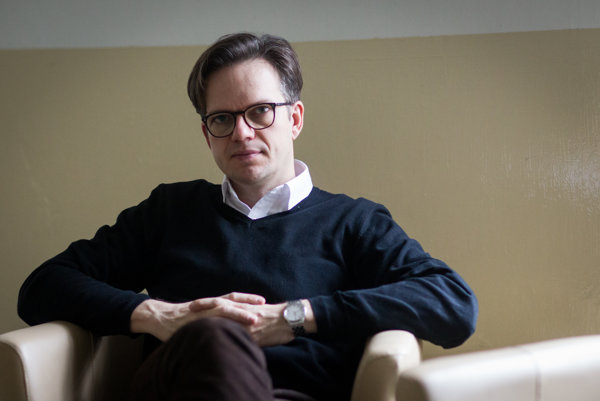 After their first son was born, Germanist Jozef Tancer and his wife decided to raise him as a bilingual, Slovak-German, child. In this way, his long-term fascination with multilingualism, which used to be a typical feature of Bratislava, interconnected with his personal interest. At that time, in 2006, he decided to find people who were raised in historic Bratislava and discover how this multilingualism worked in the city, and what are the best methods for bringing up a multilingual child.

Tancer found about 70 people, now in their 80s and 90s, who experienced trilingual Bratislava, when its citizens usually spoke German, Hungarian and Slovak. He carried out about one hundred interviews during which he asked participants what languages they spoke with their families, on the street, or in what languages they learned. But he quickly realised that the topic touches not only on linguistics, but also the history of the city and the life stories of the citizens of then-Bratislava.

“Language touches upon all aspects of life,” Tancer told The Slovak Spectator. “So in the end we [in the interviews] often got into matters about which the respondents originally did not want to speak about – the war, deportations or whether surviving in a concentration camp depended on whether the person spoke German or not.”

Not all Bratislavans were multilingual

Citizens of inter-war Bratislava used to commonly speak Slovak, German and Hungarian languages. So the trilingualism of Bratislavans is not a myth, yet it is also not the reality, as this phenomenon has many more layers.

“Bratislava’s trilingualism was more spread out among the lower social classes, i.e. poorer families,” said Tancer, adding that this was because children learned to communicate in other languages on the streets when playing with other children. Contrary to this, in wealthier, middle-class families where children had a nanny, such trilingualism was not always fostered. In such families often German was the dominant language, supplemented by private hours of French or English.