ZSSK to replace RegioJet on the Bratislava-Košice route

The carrier prepares for the departure of RegioJet from the route; there will be less trains. 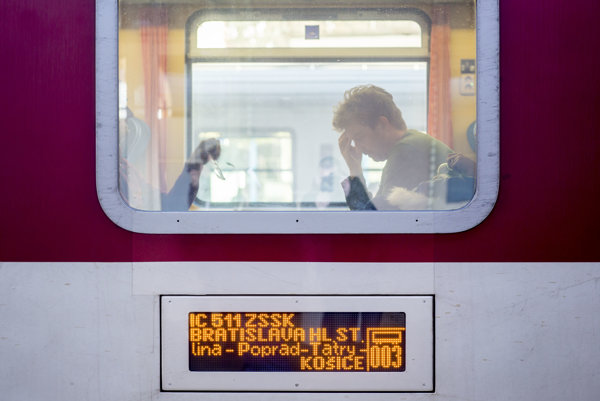 The state-run rail passenger carrier Železničná Spoločnosť Slovensko (ZSSK) will add three pairs of IC trains on the Bratislava-Košice route as of February 1. This way it will replace the trains of the private carrier RegioJet running on this route. RegioJet left the route as of December 31 in protest against the re-introduction of the state IC trains from mid December. But ZSSK will scrap one of its two pairs of IC trains that operate on this route now. Thus, passengers will have four pairs of IC trains to travel on the Bratislava-Košice route. This will be one less compared with the time when RegioJet ran the route. 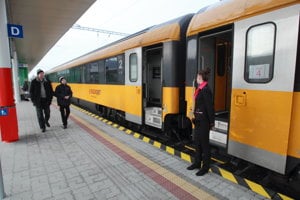 The three unsubsidized IC trains will stop in 12 towns including Bratislava and Košice and they will mimic the route operated by RegioJet. The ride should last five hours and 11 minutes or five hours and 17 minutes, respectively. Apart from the first and the final halt, they will stop in Trnava, Trenčín, Žilina, Vrútky, Ružomberok, Liptovský Mikuláš, Štrba, Poprad-Tatry, Spišská Nová Ves and Kysak.

The fourth pair of IC trains will stop only in six towns – Bratislava, Trnava, Žilina, Poprad-Tatry, Kysak and Košice. It should take four hours and 42 minutes to get from Bratislava to Košice.

ZSSK will monitor usage of the trains and in case of lack of passengers it plans to scrap some, ZSSK economic director Patrik Horný told a news conference in Bratislava on January 26 as cited by the TASR newswire.

Fares for the IC trains on the Bratislava-Košice route will remain unchanged and start at €15.90.

ZSSK resumed the IC trains on this route as of December 11 after a one year break after it cancelled the trains because they were making a loss. The company would like to eventually get this service into the black. With the original model, i.e. not considering additional trains, the carrier estimated the IC trains to make a loss of about €1 million in the first year of operation. ZSSK is currently talking about a loss of €3 million for the first year. After re-evaluating and adjusting this service, the carrier would like it to be profitable in three to four years.

Apart from the IC trains, ZSSK also operates subsidized express trains on the Bratislava-Košice route. In contrast to the IC trains, children, students and retirees can travel on them free of charge.