Rules for day nurseries will change 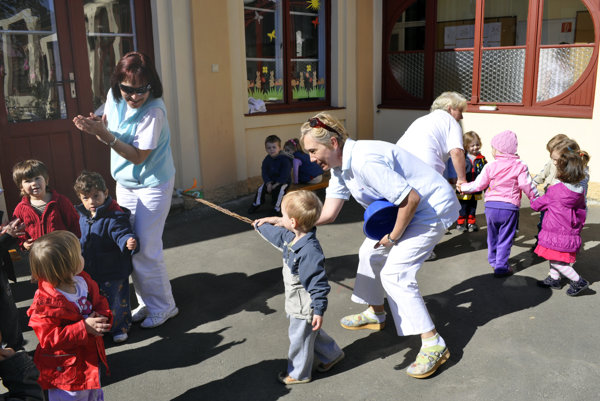 The lawmakers overrode the veto of President Andrej Kiska and approved the amendment to the law on social services, the so-called day nursery law, in its original version, despite the protests of parents, politicians and the providers of day nurseries.

Under the new rules, which will become effective on March 1, providing care to children younger than three years of age at the time parents or guardians are at work or study will be considered a social service. The day nurseries will be run by the municipalities, the self-employed or non-governmental organisations and they will have to observe strict requirements for hygiene, furnishing and staff, the SITA newswire reported.

Kiska returned the law to parliament at the end of last year, casting doubt on the way the service was to be introduced. He considered it discriminatory against some groups and parents since the authorised recipients would be only parents or legal representatives who are employed or in full time study at secondary school or university.

“But the benefits of care and education in early childhood are not linked only to whether parents can go to work or school as they are able to place their child in day nursery,” Kiska said, as quoted by SITA.

Several opposition MPs supported the president’s objections. They say that approving the amendment will cause several problems to existing day nurseries and also parents, the TASR newswire reported.

The law was adopted despite the petition signed by 2,985 people.

“Disrespecting the will of parents, the president and the operators of day nurseries will result in a more difficult harmonisation of family and work life for parents as the difficult conditions will increase the price of day nurseries and decrease their accessibility,” wrote non-affiliated MP Simona Petrík and Lucia Gomez from the Alliance of Private Kindergartens and Nurseries in a press release.

On the other hand, Jana Vaľová of Smer claimed that the law contains transitional provision until 2019.

“We need certain standards to observe the security of children in day nurseries,” Vaľová said, as quoted by public-service broadcaster RTVS.

The Alliance of Private Kindergartens and Nurseries, which represents some 150 founders of nurseries and kindergartens, meanwhile said it may turn to the Constitutional Court, RTVS reported.