The capital of Slovakia is the eighth best city for freelancers to live in. 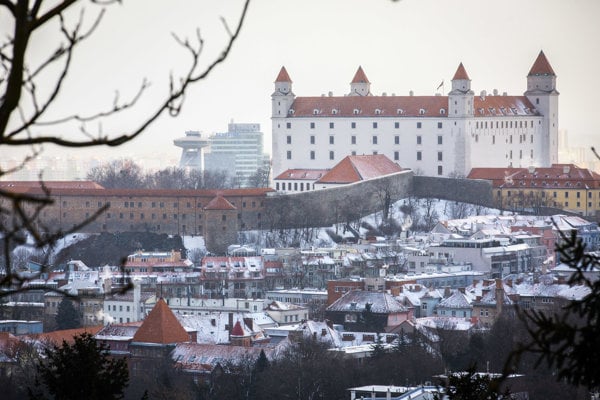 Bratislava scored with cheap, fast internet and the lowest taxes from the top 10 cities, according to list made by Hoofdkraan.nl, a Dutch platform that connects freelancers with companies.

Hoofdkraan.nl conducted online research with 117 cities in more than 90 countries and researched 23 different factors. These included: peace, safety, freedom of speech, nightlife, distance to nature and beaches, clean air and the amount of activities you can do in your spare time. It also included factors that are relevant for freelancers: tax amount, choice of places to work from, pricelevel, how good and fast the internet is, the availability of good coffee, how stable the electricity is and how easy it is to be a freelancer in that specific country.

Portugal is the best

According to this research, Portugal is the best country in the world to live as a freelancer: not only is their capital Lisbon number one, their second biggest city, Porto, is number ten on the list. It is a safe country with good resources, fast internet in Lisbon (55MB), the weather is great in summer and mild in spring and fall, both cities are close to the beach, there is pretty nature, good nightlife and the people who live there give the quality of life in their cities an 8,4 for Lisbon and 8,5 for Porto.

The top ten is filled with countries in Europe and the USA. But what are the best cities for the other continents?

The first city in Central or South America is Panama City, at number 13. It is not that cheap but the country has low taxes and it is safe, clean and has average speed internet. Second in the area is Sao Paolo, Brazil at number 39.

Wellington is the best city in Oceania at number 15, with a beach in the city, not many inhabitants and great nature nearby. Perth is second at 21. The best city in Asia is a cheap, vibrant city with lots to do, great nightlife, lots of places to work from and very internationally minded. Bangkok, Thailand is number 17, closely followed by Taipei in Taiwan at 18. Taipei's quality of lifey has been rated a 9.4.

Cape Town is the best city to live as a freelancer on the continent Africa, number 40 on the list. Cape Town also has great nature, beaches very close by, is cheap, has great weather and lots to do for everybody. Marrakesh, Morocco, is the second best for Africa as number 60 on the list.

According to list made by Hoofdkraan.nl, from among 117 cities Dhaka in Bangladesh came out as the worst city to live in as a freelancer. The other 9 of the top 10 worst cities are: St Petersburg, Russia; Lagos, Nigeria; Beijing, China; Kathmandu, Nepal; La Paz, Bolivia; Johannesburg, South Africa; Dar Es Salaam, Tanzania; Jakarta, Indonesia and Nairobi, Kenya.

Most of these cities are cheap to live in, but unsafe and dirty, the internet is slow and the electricity isn't very reliable. There is no peace, no freedom of speech and these cities are not friendly for females or homosexuals. The highest life quality given by people who live there is 6,2 for Jakarta. The other 9 cities scored badly, under a 6.

If you don't want to pay taxes, go live in the United Arab Emirates. They have no income tax. Next is Sofia, Bulgaria with a 13% tax. If you can't work without your Frappuccino from Starbucks, you will have to live in Seoul, South Korea (nr 50 on the list). There they have 284 Starbucks shops, even more than New York! If having nature close by is an important factor for you, move to Cape Town where they have the biggest urban park, Table Mountain National Park (60,000 acres). The second biggest urban park is in Rio de Janeiro, the Pedra Branca State Park (30,626 acres). 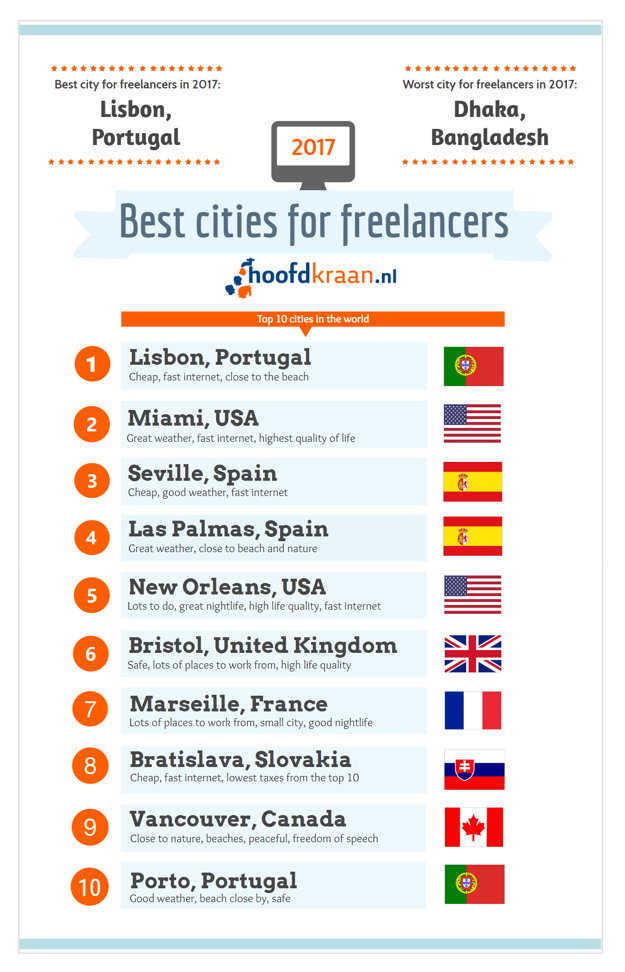