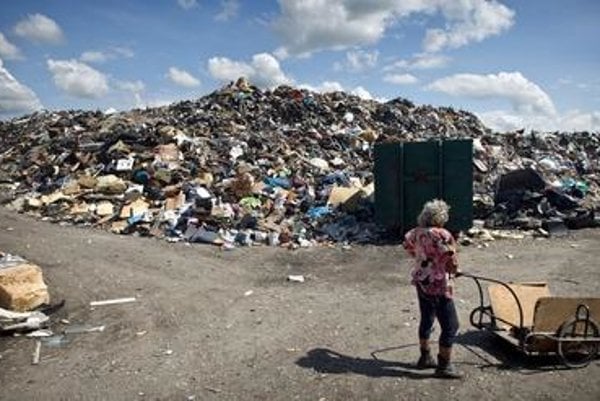 Slovakia has to improve its waste management, air quality and water management.

Low recycling rates and a strong dependence on landfill is one of the main concerns, according to the Environmental Implementation Review published by the European Commission on February 6.

The production of communal waste in Slovakia increased in 2014, breaking the downward trend since 2010 and remaining considerably below the EU average (321 kilograms per year per inhabitant compared to around 475 kilograms per year per inhabitant). The recycling of communal waste, including composting, amounts to only 12 percent, while the EU average is 44 percent.

“Therefore, significant efforts will be needed to meet the 50 percent recycling target by 2020,” the EC wrote in a report.

Slovakia still has a high landfill rate for municipal waste (76 percent in 2014), while incineration accounts for 12 percent. In order to help bridge the implementation gap in Slovakia, the EC has delivered a roadmap for compliance.

“The main recommendations include a progressive increase of landfill tax and the use of the revenues for the first steps of the waste hierarchy; improvement of the performance of the Extended Producer Responsibility schemes for the main waste streams to ensure the appropriate and sustainable funding of separate collection, sorting and recycling,” the report reads.

The Environment Ministry says that one of its main priorities is to increase the volume of separated and recycled waste to reduce landfill. To achieve this goal, it is preparing new laws regarding the fees for landfill as they belong to the lowest in the EU, SITA wrote.

Other areas should also improve

The health-related external costs from air pollution in Slovakia are above €3 billion a year, which include not only the intrinsic value of living a full healthy life but also direct costs to the economy, according to the EC.

It should also reduce PM10 emissions and concentration by reducing emissions related to energy and heat generation using solid fuels, transport and agriculture.

Slovakia should also improve water management, particularly in connection with infrastructure projects with alternative options. This is particularly relevant for new dams (like Slatinka, Tichý Potok, Sereď-Hlohovec) and small hydropower stations (as on the River Hron), according to the EC.