The first sanction for unclear ownership structure has become valid. 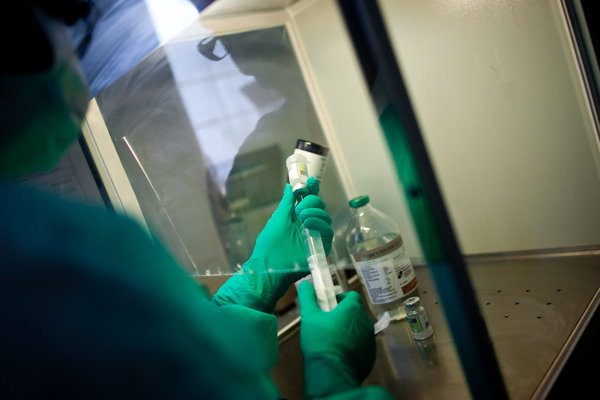 Nitra-based company InterMedical, which supplies specialised medical materials and devices to hospitals, will have to pay a fine for having an unclear ownership structure, the Sme daily reported.

The Public Procurement Office (ÚVO) first issued the fine last October, setting it at €50,000. The company, however, found it high and appealed the decision. The ÚVO head, Zita Táborská, reduced it to €10,000 on February 13.

The decision is groundbreaking as InterMedical was fined for a phenomenon typical in public procurement. The real owners often hide behind go-betweens situated in Cyprus, the so-called nominee or fiduciary shareholders. These people are then listed in the business registers as shareholders, though the shares and profits are actually administered by other people. When the inspectors search for the real owners, the go-betweens refuse to reveal their identities saying that this would violate the law.

This is the case with the Nitra-based firm.

“The ÚVO claimed in its decision that subjects doing business in Slovakia cannot say that the legislation in Cyprus, Panama or any other country does not allow the identification of nominee shareholders whose shares they actually administer,” Andrej Leontiev, partner at the Taylor-Wessing law firm, told Sme. 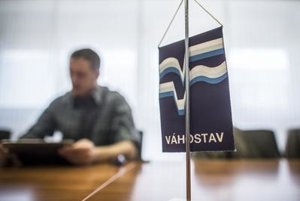 The first to notice the business of InterMedical was ethics watchdog Transparency International Slovensko (TIS) which scrutinised the success rate of bidders with links to tax havens in public procurements back in 2013. Its analysis showed that the competitions concerning the deliveries of medical materials and devices are mostly attended by firms with owners in tax havens. InterMedical was mentioned as an example, as 95 percent of its stock was owned by Cypriot-based Laurindol Limited.

The company supplies hospitals with, for example, catheters, stents and filters. The company also serves as a dealer of medical devices, Sme reported.

Moreover, back in December 2014 TIS and non-governmental think tank INEKO calculated that InterMedical was the 16th biggest supplier to hospitals in the years 2012-2014. During the three years it closed 11 agreements totalling €10.3 million via public procurements. In 2009-2012 the sum was €2 million lower, according to Sme.

InterMedical is also connected through personnel with other suppliers to hospitals and medical facilities, the daily wrote.

ÚVO became interested in InterMedical’s ownership structure last February, after it registered with the list of end beneficiaries and did not state the names of the real owners, only the authorised representative. Though the law enables such registration, the condition is that the person should not control more than 25-percent stock, 25-percent share of profit or if the real owner cannot be determined.

Since Laurindol Limited controls 95-percent of the stock in InterMedical, the ethics watchdog Fair-Play Alliance turned to ÚVO which then requested the data about the real owners. The company responded that the owner of the Cypriot firm is another Cypriot firm Christabel Fiduciaries Limited. After ÚVO requested further details, the latter company claimed to be only a nominee shareholder which administers the shares in the names of 11 people. It however refused to publish their names, saying it is not allowed under Cypriot law, Sme reported.

ÚVO did not accept this argument and insisted on the release of all 11 names.

“The voluntary revelation of (real) end beneficiaries of a trading company is not illegal in any country in the world, especially in the EU member states, which includes Cyprus,” ÚVO wrote in the decision, as quoted by Sme.

During the investigation, the shares of Laurindol Limited were transferred to the authorised representative of InterMedical. Thus it remains unclear who the previous owners were, Sme wrote.

ÚVO claimed this is unacceptable and fined the company €50,000. The decision indicates that the sanctions should not be seen as a punishment, but rather a cautionary tale for other entrepreneurs who try to conceal their real owners.

ÚVO has now decided to lower the sanction pointing to the company’s profits, which amounted to only €11 million in 2015. The higher sanctions are designed for companies with profits amounting to hundreds of millions euros, Táborská explained, as reported by Sme.