Forests in the Podspády and Tatranská Javorina protected areas were especially damaged. 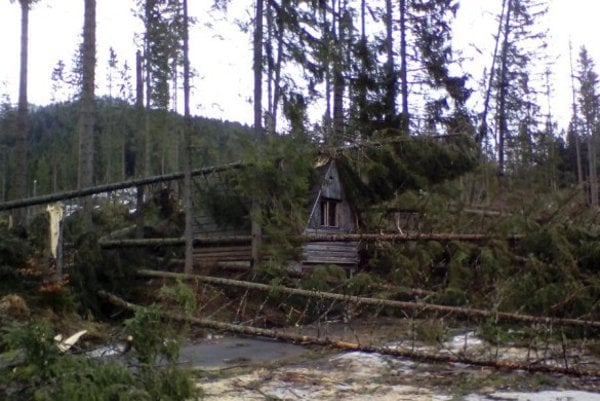 More than 8,500 trees or about 6,400 cubic metres of wood were broken or felled by high winds in the Tatra National Park (TANAP) during the past weekend, with financial damage to the wood alone reaching around €5,800. Apart from that, the winds damaged some of the TANAP’s facilities, including fencing and signs on tourist paths.

“Especially harmed were the forests in the protected areas of Podspády and Tatranská Javorina, where the wind broke or toppled about 6,000 cubic metres of wood,” said Pavol Fabian of the state forest company Štátne Lesy of the TANAP as cited by the SITA newswire.

The worst hit were the mouths of the Javorová and Široká valleys, where fallen trees blocked the road to both gamekeeper’s lodges. In Tatranská Javorina about 2,000 cubic metres of wood fell, while in Podpsády it was about 4,000 cubic metres. 400 cubic metres were also blown down in the protected areas of Oravice and Habovka. 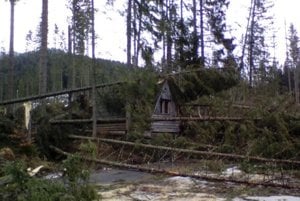 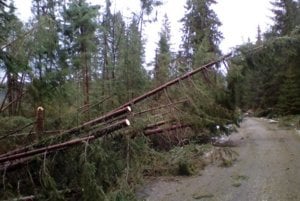 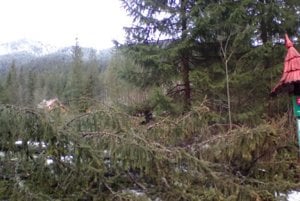 Signs on hiking paths, fences and a station in Bobrovec were also damaged by wind.

“Workers have been out in the terrain since Monday morning, trying to make all tourist paths accessible again,” said Martina Petránová, spokesperson of Štátne Lesy of the TANAP, as quoted by SITA. She added that visitors have to be careful, too.

Strong winds had already swept the TANAP and the Pieniny National Park in northern Slovakia, on February 24. At that time almost 2,000 trees, equalling 1,335 cubic metres of wood were blown down with damages costing about €3,000.

The Slovak Hydrometeorological Institute (SHMÚ) at its station on Lomnický Štít peak on February 24 recorded the strongest gust of wind since the facility was set up in 1951, reaching 222 kilometres per hour (61.6 metres per second), the TASR newswire reported.

The High Tatra forests were hit by extreme winds back in 2004. That year on November 19, winds with speeds of up to 230 km per hour levelled forests in the Tatra mountains, toppling the nation’s pride along with them. The disaster left two people dead, millions of euros in damages and Slovakia’s most popular tourist destination badly scarred.

In total the winds damaged 12,600 hectares of forests when it levelled about 3 million cubic metres of trees within the territory of the Tatras National Park. In following years bark beetles have damaged the remaining forests.