The surprise of young sprinter Volko

The weekend at the European Indoor Athletics saw a Slovak athlete take the second place, surprising not just audiences but also his coach. 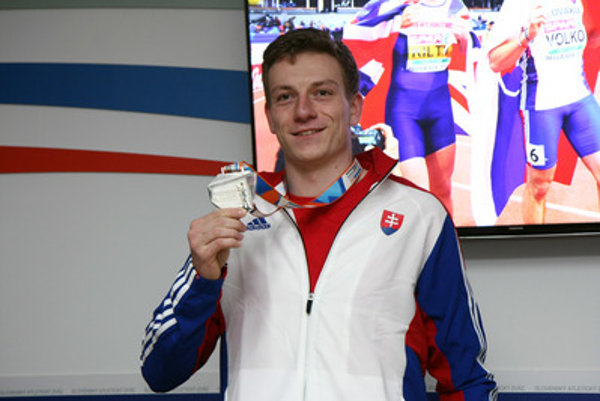 Slovak sprinter Jan Volko on March 4 won the silver medal in the 60m event at the European Athletics Indoor Championships in Belgrade with a new national record of 6.58 seconds, the TASR newswire wrote.

Gold went to defending champion Richard Kilty from Great Britain, who finished in 6.54 seconds, while Swede Sulayman Hamilton got bronze medal with a time of 6.63 seconds.

“I’m speechless,” said the 20-year-old Volko after the race. “I hadn’t hoped for this even in my wildest dreams. I've still not fully realised what I’ve actually achieved.”

“I can’t really explain what actually happened,” the young sprinter from BK HNTN Bratislava added, as cited by TASR. “My goal in Belgrade was to get into the semi-finals, and now I’m travelling home with silver, it’s unbelievable. Maybe it’s because I had only such modest expectations.” He broke the national record twice in Belgrade.

Volko first competed at the European Indoor Athletics Championships two years ago in Prague, when he ended up 30th in the heats.

Volko, who started his athletic career as a football player, surprised also his coach, Naďa Bendová. Bendová, a former flight attendant, said her first reaction was to hug him and say, “Have you gone mad? How are we going to improve this result now?”, as cited by the Plus Jeden Deň daily. She started to train him after former coach Andrea Berešová took over only endurance runners. Bendová and her husband believed in Volko, invested money, time and energy in him and, after a break caused by an injury, he improved quickly and began to repay the money from rewards for participation at athletic meetings.